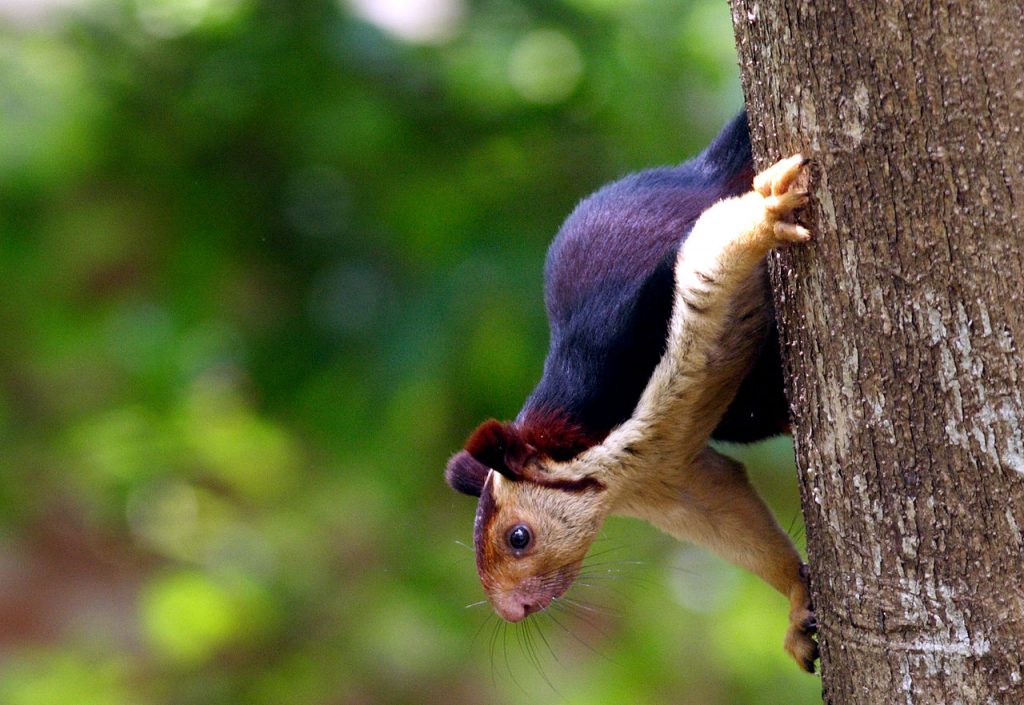 TIL: There’s a Giant Rainbow Squirrel Living in India

The Malabar Giant Squirrel lives in India deep in the forest. It’s colors can be compared to nothing else as they have a breathtaking technicolor fur coat. Each squirrel different in pattern and color. They are one of the most beautiful types of squirrels and can grow to be 30 inches! That’s 2’6″ long! Some even grow to be up to 3 feet from the tip of their nose to the tip of their tail.

If not for poachers this squirrel could live peacefully among humans. They live primarily in the local ‘shola’ forests. Other than being called the Malabar Giant Squirrel they are also known as Ratufa Indica or an Indian Giant Squirrel.

They make a chittering noise that they use to call to other squirrels. They live in the trees much like other squirrels and are herbivores. It is diurnal so it is usually active during the day.

Their colorful coat though you would think would make it a huge target for predators actually keeps them safe. When they sense danger they flatten themselves out on trees and blend in with their surroundings.

Their favorite fruits are the jackfruit and passion fruit in particular. If not for human poachers they would be able to get along with us quite well and have been known to warm up to humans if they are near our establishments.

This is one of the most beautiful creatures that I’ve ever seen and it makes me want to go on a trip to the forests of India. For more information on the Indian Giant Squirrel you can learn more here.