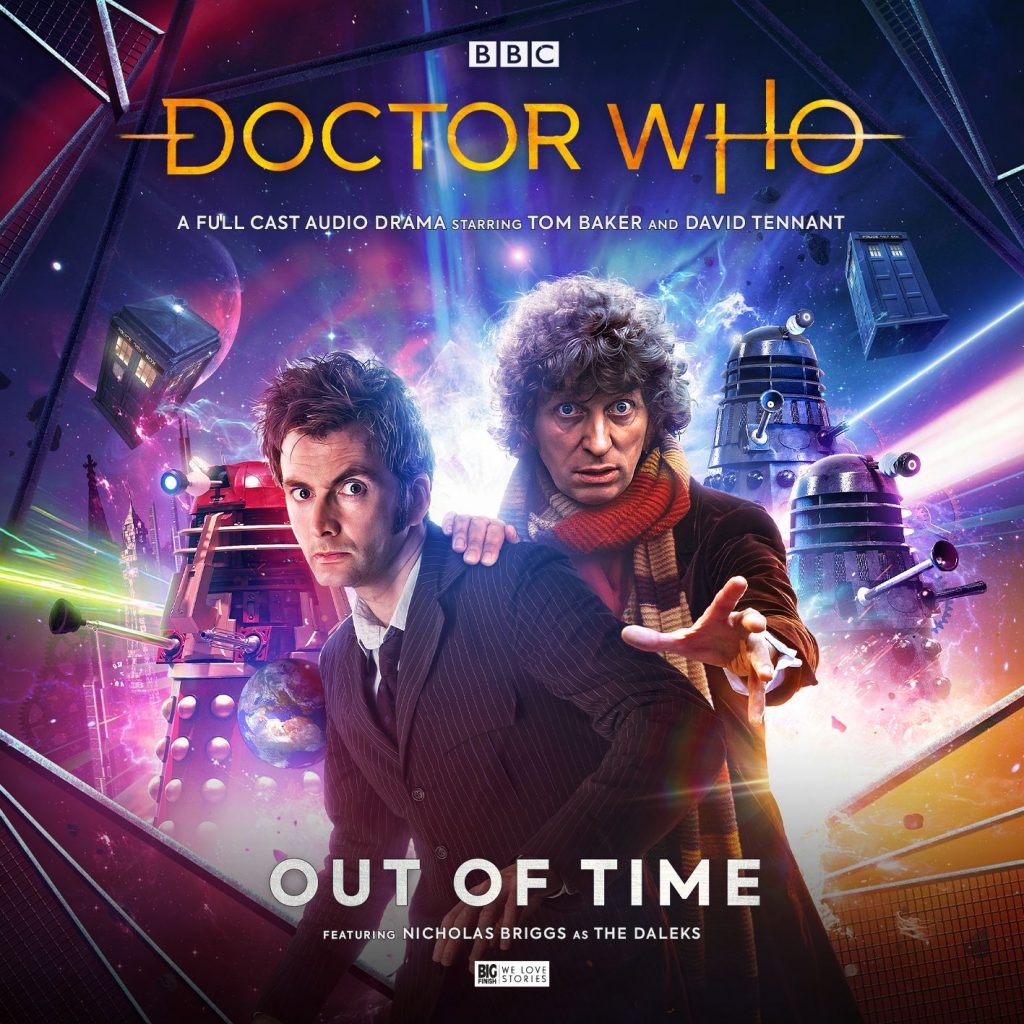 Two Doctors, both alike in Who-dom. Thanks to Big Finish, we’re getting a really incredible team up of TWO “Doctor Who” greats in a new audio drama. Tom Baker (4th Doctor) and David Tennant (10th Doctor) are joining forces for a brand new adventure.

“Tom Baker was obviously the first Doctor that I knew,” said Tennant. “I was small when he took over and I grew up through the seven years that he was the Doctor. I was a massive fan. I met him in John Menzies in Glasgow and he signed my book. I had a doll of him. All that. Tom Baker was very much the Doctor. There is something about the way he is associated with the character that seems utterly timeless.”

Writer Matt Fitton said: “Of course it was hugely exciting – with a certain amount of pressure too – to bring together two of the most iconic Doctors, cemented in the public imagination from new and classic TV eras of Doctor Who. I thought putting them up against the Daleks – the Doctor’s most persistent enemy – would bring out all the ways in which they are at once the same Time Lord – and also very different versions too.

“We find them both at particular points in their lives. The Tenth Doctor is avoiding his destiny; and the Fourth Doctor is wandering alone, missing a friend – but even he may be shocked at what his future holds…”

The first volume of Doctor Who: Out of Time is due for release in August 2020, with future releases pairing up different Doctors.

A synopsis for Out of Time: Volume One reads:

The Cathedral of Contemplation is an enigma, existing outside time. It turns through history, opening its doors across the universe to offer solace to those in need.

Occasionally, the Doctor drops in – when he’s avoiding his destiny, it’s an ideal place to get some perspective. Only, he’s already there several lives earlier, so when dimension barriers break down, his past and present collide.

And when the Daleks invade and commandeer the Cathedral, two Doctors must unite to stop them – or face extermination twice over!

Doctor Who: Out of Time is now available to pre-order as a collector’s edition CD, or a digital download exclusively from the Big Finish website.