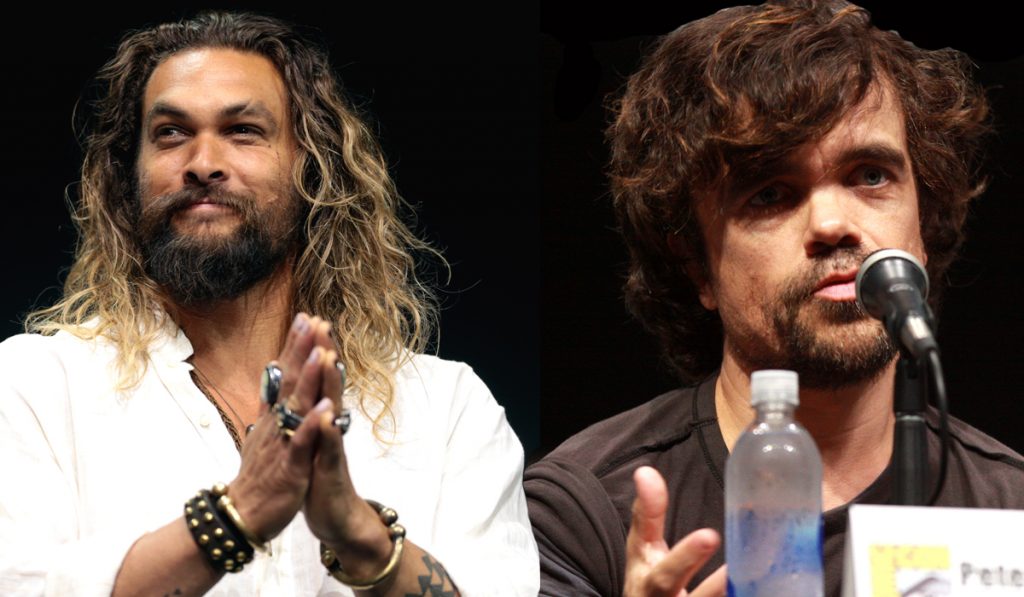 While this isn’t the buddy film we were hoping for from Jason Momoa and Emmy winner Peter Dinklage, it sure sounds….like something. Imagine if you will, Momoa as a vampire and Dinklage as Van Helsing. Got it? Because that’s what we’re getting in “Good Bad & Undead.”

Dinklage will play Van Helsing, last in a long line of vampire hunters. He develops an uneasy partnership with a vampire (Momoa) who has taken a vow never to kill again. Together they run a scam from town to town, where Van Helsing pretends to vanquish the vampire for money. But when a massive bounty is put on the vampire’s head, everything in this dangerous world full of monsters and magic is now after them.

The writing team of Mark Swift and Damian Shannon (“Friday the 13th,” “Freddy vs. Jason“) are tackling the script.

There is no studio attached to this project yet, but we’ll let you know what we hear.