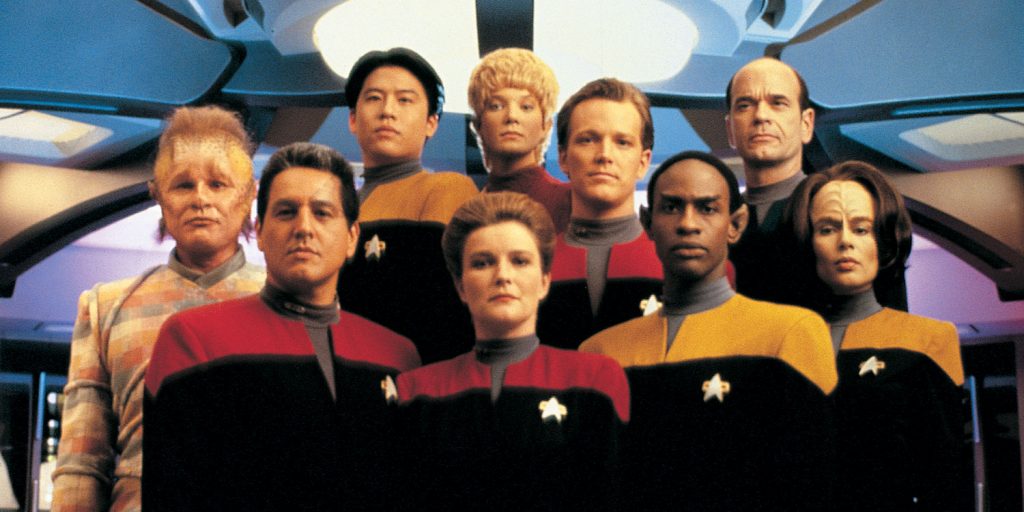 Love it or hate it, “Star Trek: Voyager” is about to pass a huge milestone in the world of science fiction television. The fourth live-action series in the Gene Roddenberry created franchise turns 25 years old this year.

Apparently this notable anniversary has caught the attention of various cast and crew, and we’re getting a “Voyager” reunion later this month! Seth Rudetsky and James Wesley of “Stars In The House” revealed this information, and ComicBook broke the news.

“This reunion will be both gratifying and novel: we are all alive, we are all congenial, and we are all still actors!” said Captain Janeway herself, Kate Mulgrew.

“I am delighted that the entire cast of Star Trek: Voyager will beam in for a 25th Anniversary Reunion panel on Stars in the House to benefit The Actors Fund,” Robert Picardo (Voyager’s holographic doctor) said. “Hope you’ll join us Tuesday, May 26th at 8 PM ET and support this important cause with a donation at the moment in time it will mean the most.”

Fans can also donate to The Actors Fund for the chance to have their names read on air. In keeping with the format of Stars in the House, the reunion will also feature live music.

The live reunion will take place on Tuesday, May 26th at 8 p.m. ET on the “Stars In The House” YouTube channel and website.