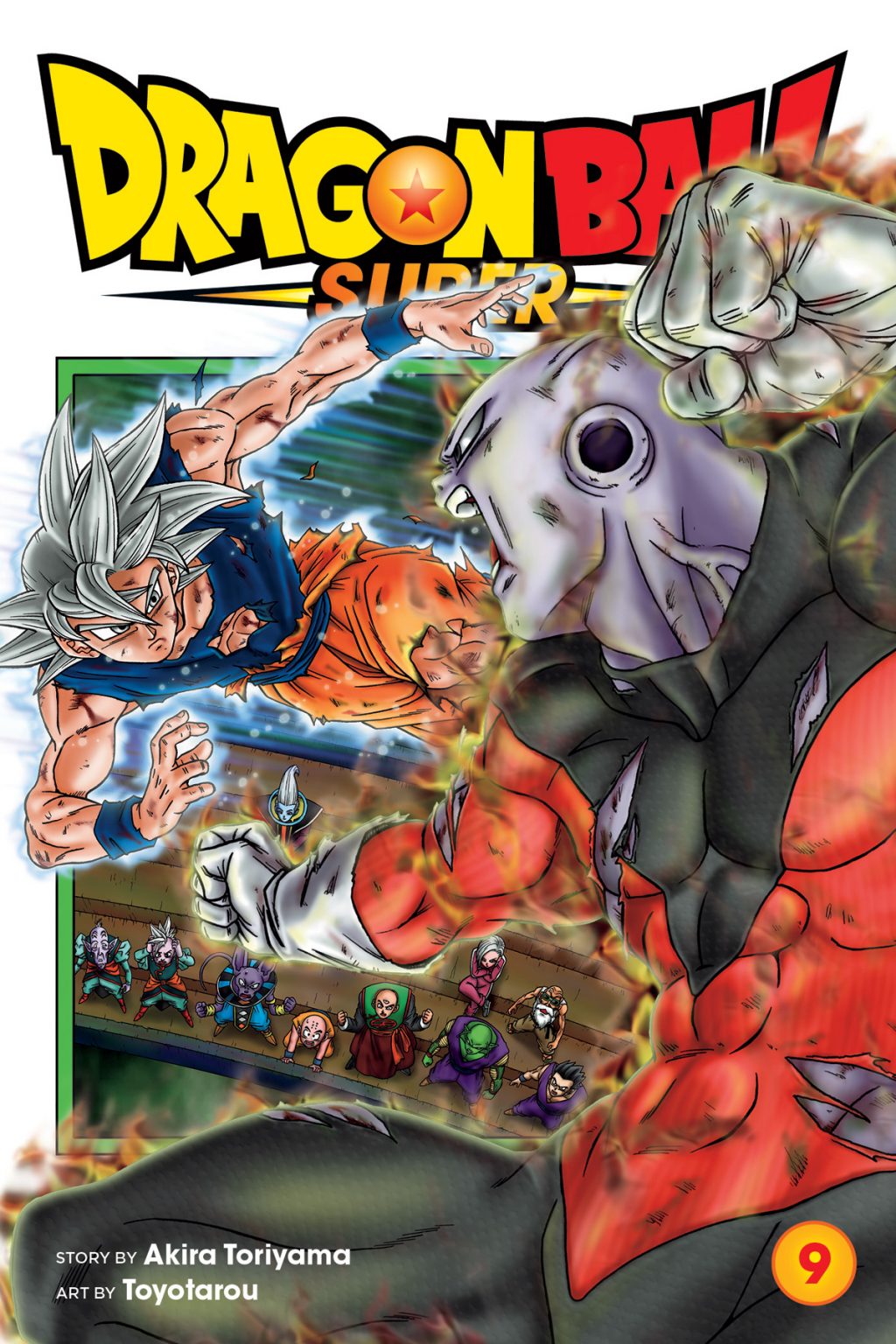 With the latest installment of the Dragon Ball Super manga, we finally get to see the outcome of the Tournament of Power as well as the start of a brand new arc with new additional characters thrown into the mix as well. And of course we see Ultra Instinct Goku in full action which is something we can’t get enough of.

Volume 9 of DBS (Dragon Ball Super) covers a wide range of things starting from chapter 41 and ending at chapter 44. And at first glance it doesn’t seem like so much can be covered in such a small amount of time, but they do in fact give tons of story without sacrificing any of the Dragon Ball aesthetic that we love.

To back track just a little bit the story opens up with an Ultra Instinct Goku staring down Jiren. With everyone in shock that Goku has once again climbed to new heights. And then follows the two going back to back in an intense fight that goes over many pages, each as great as the last. And what perhaps made these fights that much more enjoyable was the artstyle done with UI (Ultra Instinct) Goku. You’re able to see him dodge every single blow going his way, and that alone was something I could stare at all day.

And of course throughout the fight more character development is fleshed out, you learn much more about Jiren and why he is the way he is, as well as his wish for the Super Dragon Balls if he wins the fight. Towards the end of the fight we do see some pretty specular fight scenes with our two favourite saiyans but it doesn’t last all that long. It kind of rushed a little towards the end of the Tournament of Power but nonetheless it was still fun to read. The ending does play a little different from the anime but ultimately has the same outcome as it too. But with that being said, reading the Tournament of Power was just as fun as watching the anime play out and seeing how different things were between the two.

It was surprising how much this volume covers the post Tournament of Power. Although it doesn’t show much at all with Broly they do mention that Goku and Vegeta both have fought him. They’re even self-aware of this, making a fun little joke about within the book itself was a nice touch. But what was more interesting was the following arc, they waste no time jumping right back into the action. We get to see some familiar people like Jaco and more people from the Galactic Patrol.

Jaco and his friends from the Galactic Patrol go to earth for a very particular reason, and manage to capture Goku, Boo, and Vegeta. It then introduces the man who was able to subdue both goku and vegeta as Merus, the number one ranking agent in the galactic patrol. It’s heavily hinted that there is way more than what meets the eye with him. We also do get to see the Merus in action too which honestly is really cool, because not only do we get to see Universe 7 more explored, it gives more depth than what we are used to seeing.

We’re then introduced to the new villain Moro, a villian who predates even Majin Boo. Merus goes into detail the extent of his power and why he must be stopped. It’s then revealed that Moro is heading towards New Namek to get the dragon balls and wish for his full power back. And of course Goku and Vegeta rush to New Namek in hopes to stop Moro. One of the more interesting things to see is how much Vegeta has grown since Dragon Ball Z and making it very clear that no one shall harm the namekians after what he and Frieza had put them through.  As soon as the fight is right about to build up stream they cut to Jaco and Merus with Merus saying they have no chance of winning, with the following page Moro telling Vegeta he’ll see him use his power.

As said before a lot does happen in these 4 chapters and it is definitely worth the read! It’s not to love the Dragon Ball Franchise and they just keep getting better and better.