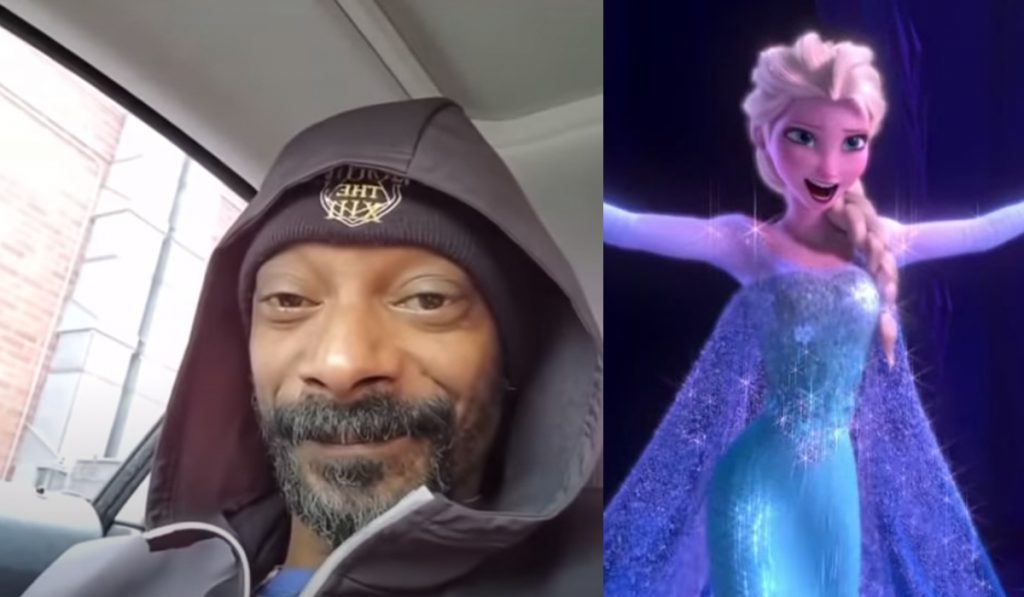 When you think of Snoop Dogg, what exactly do you imagine? For us, it’s a mansion, with him surrounded by pretty women. Sick beats happening all around as he’s listening to the most slapping music. But he also has a gentle side to him which we’ve seen before. He’s co-hosted a cooking show with Martha Stewart and also coached a youth football team called Snoop’s Steelers.

But in this new video, we can see him fully enjoying himself in his car while listening to “Let It Go” from Disney’s “Frozen,” and it’s honestly the purest thing we’ve ever seen.

Snoop has four kids, three sons and one daughter. So he’s also a family man which is probably why he knows this song from “Frozen” so well. Just like anyone else sometimes he just needs to relax and chill to a Disney song. And Disney is known for some of the catchiest songs out there.

Whether or not we will be able to hear any Frozen inspired songs from him in the future remains to be seen. But we’re also hopeful that Disney will cast him in the future for a voice over role where he will get to rap a song in one of their movies. At least we know he’d be into it, and isn’t that what you would ask anyone to bring to a role for Disney? Childlike enthusiasm and a love for what they’re doing?

Snoop has also put out his own cookbook that has a bunch of yummy munchies you can make yourself in it. You can check it out on Amazon!

It’s also free right now IF you have Kindle unlimited. Personally I recommend the hardback version but that’s because I like my cookbooks to be tangible. He’s also recently put out his own brand of wine called 19 Crimes, which is a very yummy red blend. And, if you were ever wondering about his nerd cred- you should check out his giant Star Trek Mural.