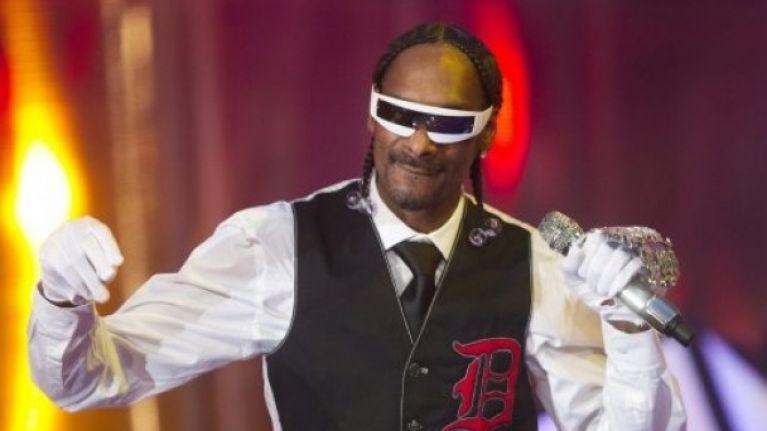 Snoop Dogg Has a Giant Star Trek Mural on His Wall

Yesterday, Twitter user @justinhall posted the picture with the caption, “Uh can someone please explain why it is that @SnoopDogg has a giant mural of Federation starships in his house? Folks, I am absolutely stunned and so happy.” [Tweet edited for grammatical clarity.]

The screenshot was from episode 1 of season 1 of the Netflix series Rhythm + Flow, which premiered on October 9th. Rapper Cardi B visited Snoop Dogg’s BLE Compound in Los Angeles (note: not his house). At around the 10-minute mark in the episode, the two of them walk down a hallway with a large mural, featuring several recognizable starships against a nebula. As they walk, Cardi B exclaims, “Is this like a galactic, hip-hop museum?”

Later, Star Trek Online noticed the picture on Twitter and retweeted it, commenting, “In today’s strangest and best news, @SnoopDogg has early concept art from our game up […] as a giant mural.”

The piece in question is part of a custom wall graphic by Gamut Media, called “Star Wars vs Star Trek”, and you can see more shots of the finished piece on their website. At least one of the ships in the image is early Star Trek Online artwork, composited onto a larger piece.

What do you think of Snoop dogg being a huge star Trek nerd?