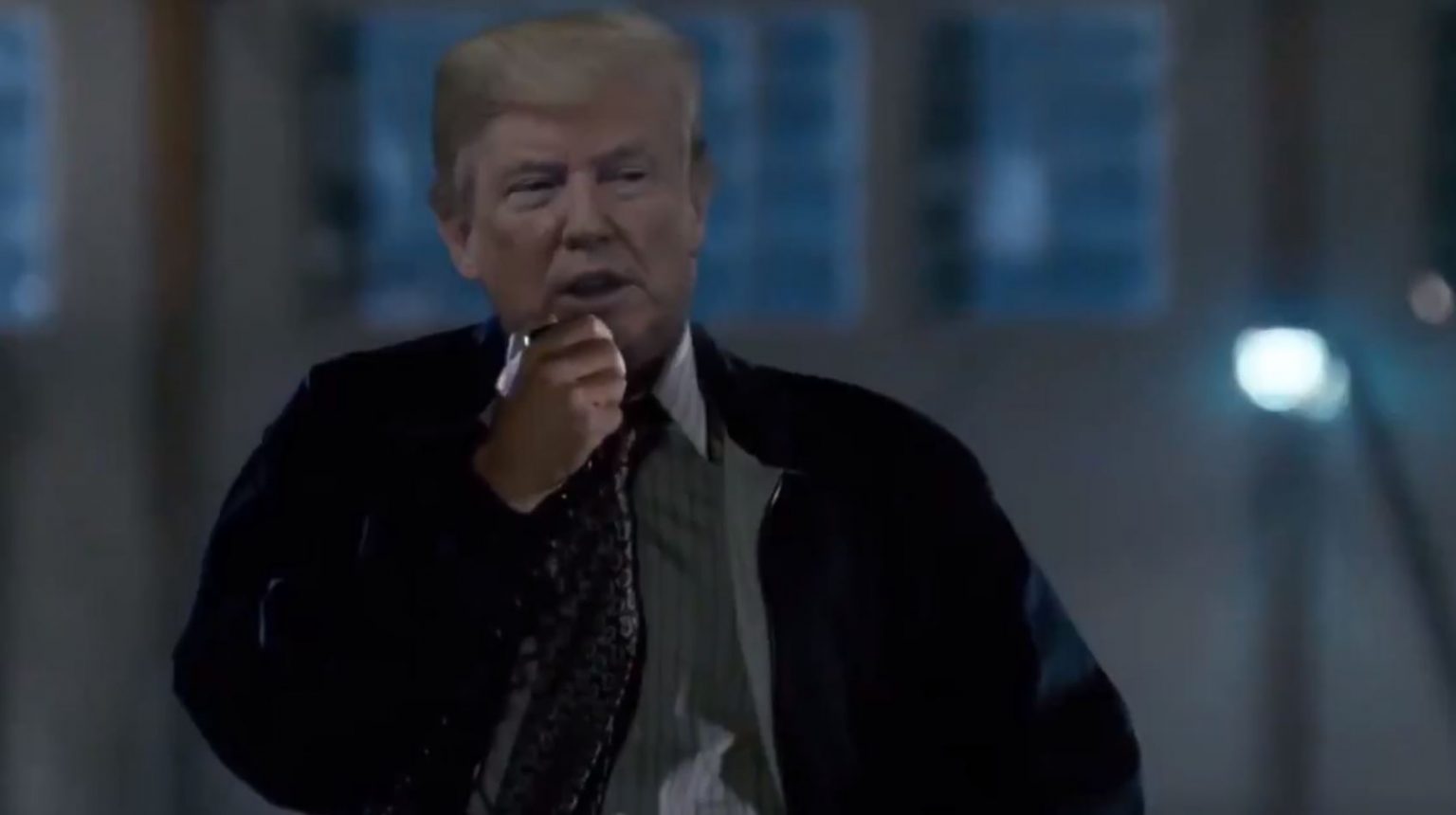 Today Donald Trump tweeted a video of his own face superimposed over Bill Pullman‘s in the classic scene of the president’s speech in “Independence Day.” It has so far gained a lot of mixed reactions from his followers and adversaries. You can see the tweet down below.

In the video he posted you can see the audience which would usually be actors from the film have also been superimposed. And you can see a few MAGA hats as well. And now you can watch the original down below.

Trump has been getting a lot of backlash lately over using popular culture to embolden his image. And this is just one of the ways that he’s been doing it. It’s really weird to see his face on a classic scene from a great movie like this. And even weirder still that this is what they are using to rouse citizens.

Other things he has come under fire for is the use of the term “warp speed” when talking about the coronavirus vaccine. Some people feel like he’s blatantly ripping off “Star Trek” lingo in order to be trendy (not to mention the pretty similar logo for his Space Force to a certain Federation symbol). And he very well could be so that the younger voters think he’s “cool”.

While it’s not the most unusual way to get people hyped about what’s going on in the world, it does make you wonder if there should be such blurred lines between fantasy and reality. It almost feels like he’s not taking things as seriously as he should be given the circumstances. But that would be too much of an assumption right?

Bill Pullman has since responded to this…video…

“My voice belongs to no one but me, and I’m not running for president — this year,” Pullman told The Hollywood Reporter.

What do you think about Trump using this scene from “Independence Day?”