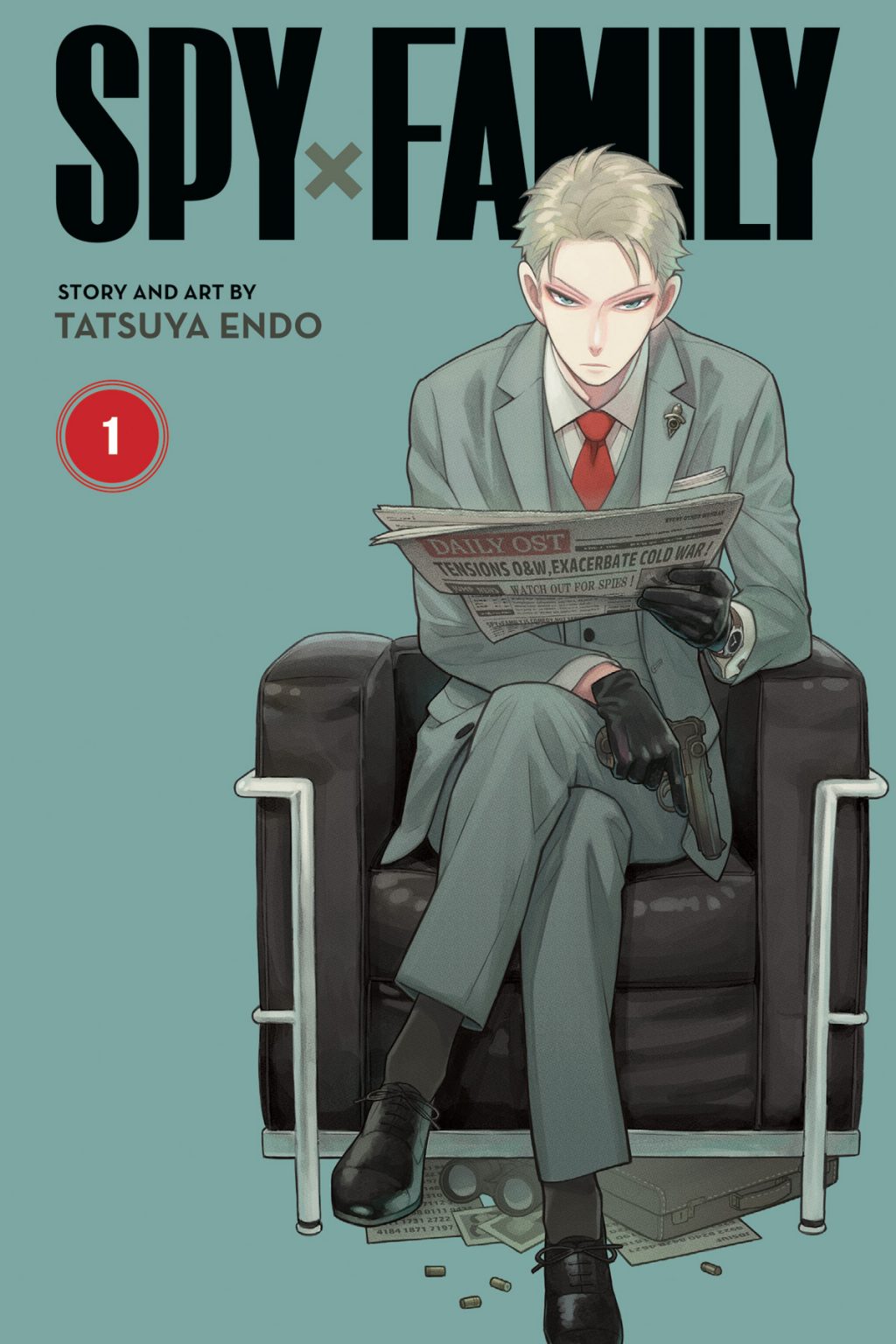 Every once in a while there comes a new manga that you just can’t put down. No matter what happens you’re dying to see the next. Each page/panel is just as good as the last one. And that’s exactly what Spy x Family is. Making a strong first impression in the first volume sets a high tone for the series, that gets me that much more excited for its future.

This is perhaps one of the most wholesome series that I’ve read in a very long time. The manga starts off with a spy vibe to it (of course). It follows the story of agent Twilight also known as Loid who we know very little about and who he works for. All we can go off based on what little information is given about him is that he’s definitely a world class spy. He is soon tasked with hunting down a powerful person. But in order to get in contact with said person he must start a family and be accepted into the same school as his son.

This is where the story starts to take off in hopes to complete his mission he’s forced to almost leave the spy life behind and have a family. So in typical spy fashion he adopts a young girl by the name of Anya who has almost no records just like him. But little to his knowledge she was tested on a young age to read people’s minds. Which causes for some fun dynamics, because while he’s trying to hide the fact that he’s a spy the whole time she knows it’s all a front, while nonetheless he’s clueless to her powers.

And of course his perfect pretend family can’t be completed without a wife. With that follows the introduction of Yor Briar who at face value looks like a simple woman who works at a city hall. Nothing too crazy about her, a very shy person who is always being made fun at her job by her coworkers for being single and weird. But to no one’s knowledge she’s a top tier assassin code name Throne Princess. And just chance she so happens to run into twilight. And both think they’re fulling one another into dating each other for their own personal agendas while Anya knows both of their secrets. And only within a few days of knowing each other they both agree to marry one another.

Spy x Family is one of those stories that has a little bit of everything for everyone. It’s honestly what I enjoyed about it the most. With lots of action scenes throughout the story that’s paced incredibly well, and will definitely keep you at the edge of your seat the whole time. As well as tons of comedic moments that will keep you laughing from page to page. And the side characters introduced make it so much more hilarious because of their reactions to what’s going on.

But perhaps the strongest thing about Spy x Family is the genuine wholesomeness. Throughout the book you find out so much more about all the characters and why they act the way they do. Twilight is a gentle giant with a soft heart, Anya is just a kid who wants to live a normal life, and Yor just wants to be showed affection. Seeing all of them bond slowly but surely is some of the most heart warming things you’ll see and read. Watching how all of them one by one become more comfortable and accepting of one another and become a real family is tear jerking.

As said before putting down this manga was almost impossible for me to do. Not only because the art work was stunning but also because of the story. Seeing the cast of characters come together in a truly incredible dynamic was amazing, nothing short of great storytelling. I can’t wait to see where the future of the series goes from here because it certainly has a lot of potential. Be sure to get when it drops on June 2nd for $9.99 (USD) at Viz.com