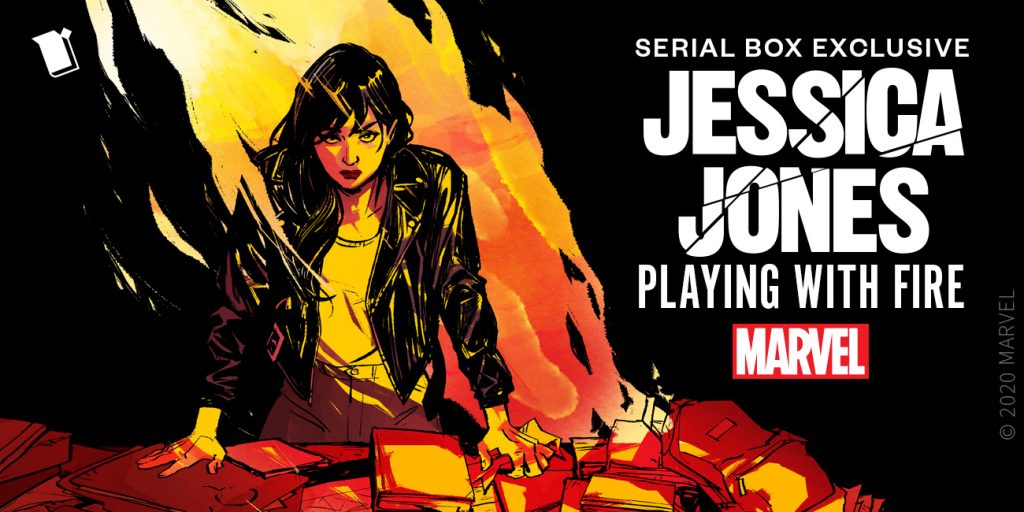 We’re still coming to terms with the notion that we’ll probably never get another live-action season of “Marvel’s Jessica Jones.” Thankfully for fans of the hard-hittin’ hard-drinkin’ character will have a new avenue for stories about the New York-based hero.

“It’s been a pleasure to live in Jessica’s world and feel the weight of her musty jacket through the quality storytelling by the team of authors Serial Box has assembled,” Wolff told Nerdbot.

In the series launching on Serial Box, Jessica Jones has made an art of ignoring her particular brand of super-powered trauma. But these days, she’s giving the whole “self-care” thing a try. Seeing a therapist, finding healthier coping mechanisms (read: no business-hours drinking), working toward not wanting to punch things all the time. Maybe even taking the occasional case that won’t eat her alive.

The first three episodes of “Playing With Fire” will launch on Thursday, May 28th with new episodes releasing in weekly installments. The full 16-episode season season will be available for $9.99, exclusively on the Serial Box apps available on Google Play and the Apple App Store, and through the Serial Box website.