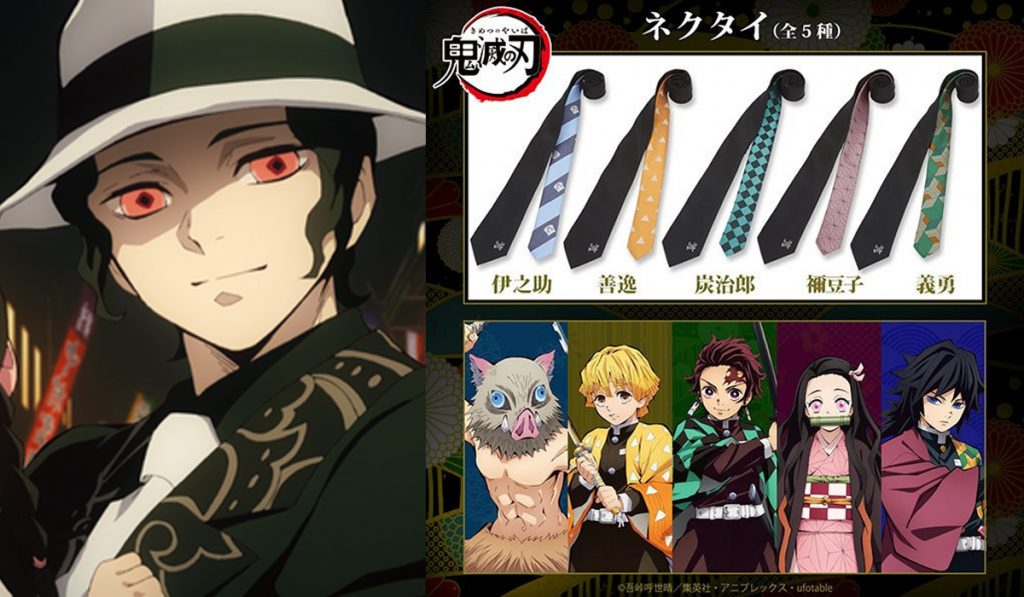 Some good news came out today via Crunchyroll and now we can dress as fancy as Muzan with a sweet new tie collection. The best part is that these are subtle enough to be worn with everyday work attire. So no one has to know you’re really an otaku, unless they themselves are also one.

They have five different designs and they consist of the major characters in the series. You have one for Inosuke, Zenitsu, Tanjiro, Nezuko, and Giyu.

And while we don’t have one for Muzan you could easily just wear a white tie. The part of the tie that shows is the black part with the symbol for Destruction on it. So you can walk into a meeting and be fully prepared to kick some corporate butt. Plus you have the pattern on the inside to keep you connected with your favorite character.

The ties are up for pre-order right now on the Bankore website for 4,400 yen (US$41.50) until June 16, for an August rollout. Which really isn’t a bad price for a quality tie which can go up to much more than that.

The Future of Demon Slayer

Demon Slayer Kimetsu No Yaiba has quickly become a hit with fans as the first season came to an end. The manga while finishing up in Japan is still being released in the U.S. and we’re just on volume 12, so we have a little while longer to go before we say goodbye. The series by Koyoharu Gotouge is due to end in Japan in the next month and while it will be sad to say goodbye, we still have a lot to look forward to.

Coming up soon is the new movie that is to come out later this year if production isn’t too messed up by the pandemic. After that we will be able to watch season two which will compete the rest of the manga. Ideally a season two while nothing has been announced just yet, we’re very hopeful that when the movie comes out we will get news of it soon after.