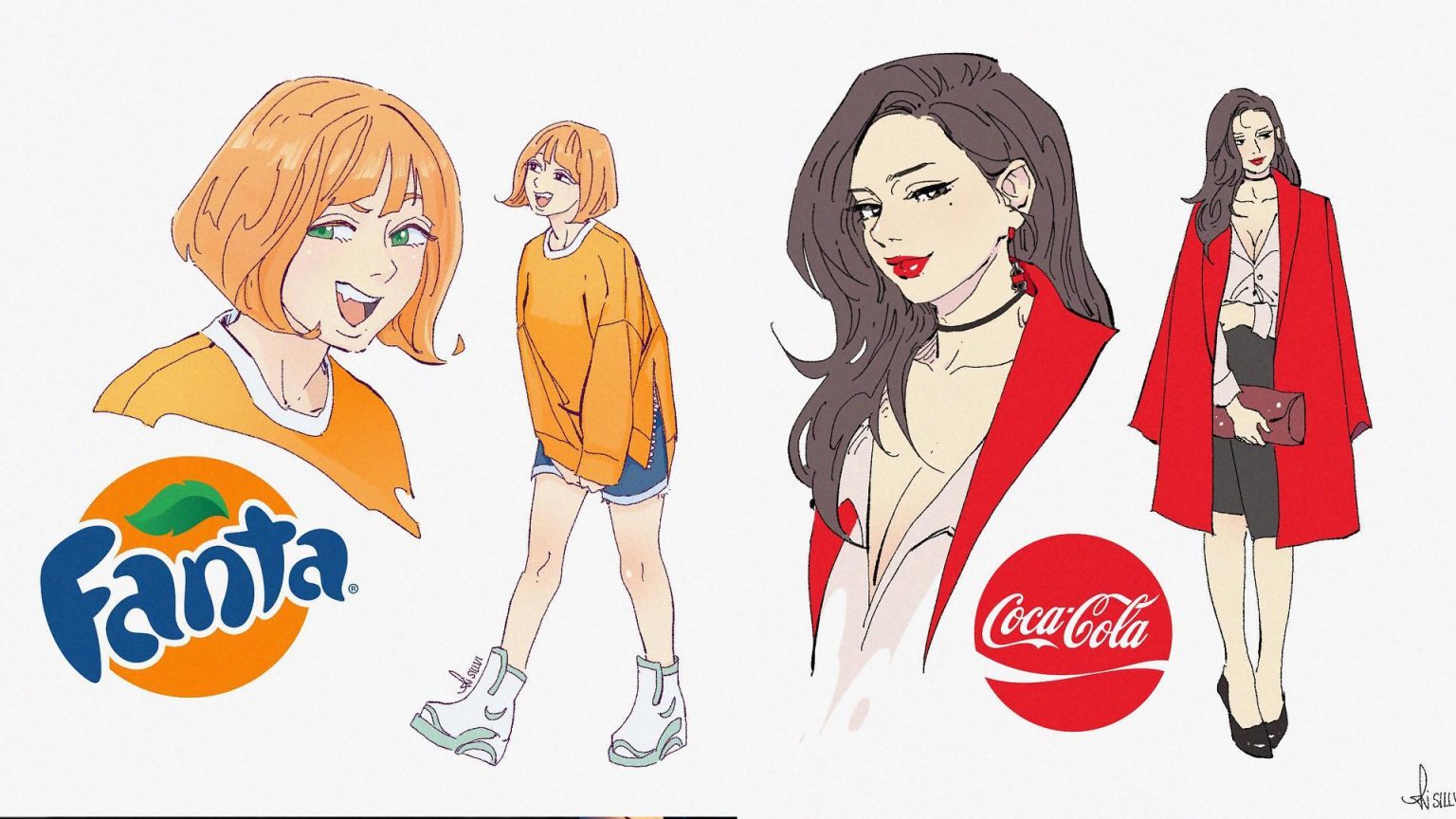 The Most Popular Sodas Today and Their Cartoon Character Alter-Egos

Everyone has their favorite sodas, based on the taste that appeals to them most. In recent years, Diet Coke passed Pepsi to become the second most popular drink in the United States. A Korean-born Canadian artist named Sillvi has transformed the most popular sodas into characters so they appear more human and approachable.

In this article, we’ll see a breakdown of some of the most popular beverages, their highlights over the years, and their cartoon alter-ego.

Introduced in 1886, it’s no surprise that Coca Cola is the number one on the list. It’s surpassed its rival Pepsi and is drank by reportedly 94 percent of the world’s population. It’s no surprise, because Coke’s target market is basically everyone, and their product placement is all over hundreds of movies, TV shows, and other media. The most awkward product placements ever, though, have to be the “American Idol” awkward Coke placements. A fun fact for Coca Cola? It was the first soft drink in outer space, drank by the Space Shuttle Challenger members in Coca Cola Space Cans.

Diet Coke’s main rival is Diet Pepsi, but it’s clear that Diet Coke dominates a huge demographic. At first its popularity was limited to older consumers, but it’s now also popular with young adults and teenagers. Diet Coke had the ultimate product placement out of any other brand in the United States, because it was frequently photographed in the hand of President Clinton during his eight years in office. It’s also consumed by artists from Lady Gaga to Frank Sinatra.

Coke’s arch-rival Pepsi comes in at third place. It was introduced a bit after Coke, in 1898, and has gone through many reinventions over the years. Since the 1980s, it’s been targeting mostly younger consumers. It was photographed most notably in 1959 as the drink of choice of Soviet premier Nikita Khrushchev and Richard Nixon, then Vice President of the US at the Moscow World’s Fair.

Perhaps surprisingly, Mountain Dew is the fourth most popular soft drink in the U.S. A common joke with Mountain Dew is that its advertising in the past couple of decades makes it seem like its targeted only at injury-prone teenagers. It’s a drink that’s now associated with fast times, video gaming, and extreme sports, with an appearance of rocket fuel. This is a successful strategy from the brand whose name apparently started as a reference to moonshine.

Dr Pepper’s loyal consumer base is mostly due to its very distinct taste which you either love or hate. The majority of its marketing revolves around standing out from other colas. Invented in Waco, Texas, in 1885, it reached ultimate success as the drink of Forrest Gump, who drank 15 bottles before telling President JFK he had to use the bathroom.

Sprite is a Coca Cola Company drink that was created to be 7Up’s competition, has also surpassed it in popularity. It was originally promoted exclusively as a drink mixer for alcoholic beverages, but it’s now also popular with much younger consumers thanks to marketing campaigns involving NBA players and hip-hop artists.

Diet Pepsi was actually introduced to the market two decades before Diet Coke, and is in a saturated market now with a lot of other low-calorie options. It was famously promoted in Back to the Future movies, when the rivers ran brown with Diet Pepsi. Fun Fact? It was originally branded as Patio Diet Cola – luckily not for long!

This drink’s target market is similar to Mountain Dew and features a lot of daredevil male athletes. It’s probably the diet drink that’s been most commonly promoted lately. It actually contains more caffeine than Diet Coke and Diet Pepsi by a stretch.

Fanta was created in Germany and it’s much more popular in Europe, Africa, and Latin countries than in the United States. It’s appeared in popular movies like ‘The 40-Year-Old Virgin’, and incredibly, the rumor is that Pope Benedict XVI drinks orange Fanta instead of drinking wine.

Beatrice Potter, a marketer and editor for Academized and Best Writing Services, loves to find new and out of the box art forms. She enjoys mixing his passions of art and marketing to bring to businesses new ways to reach their target audiences. Beatrice also writes for Boom Essays review.