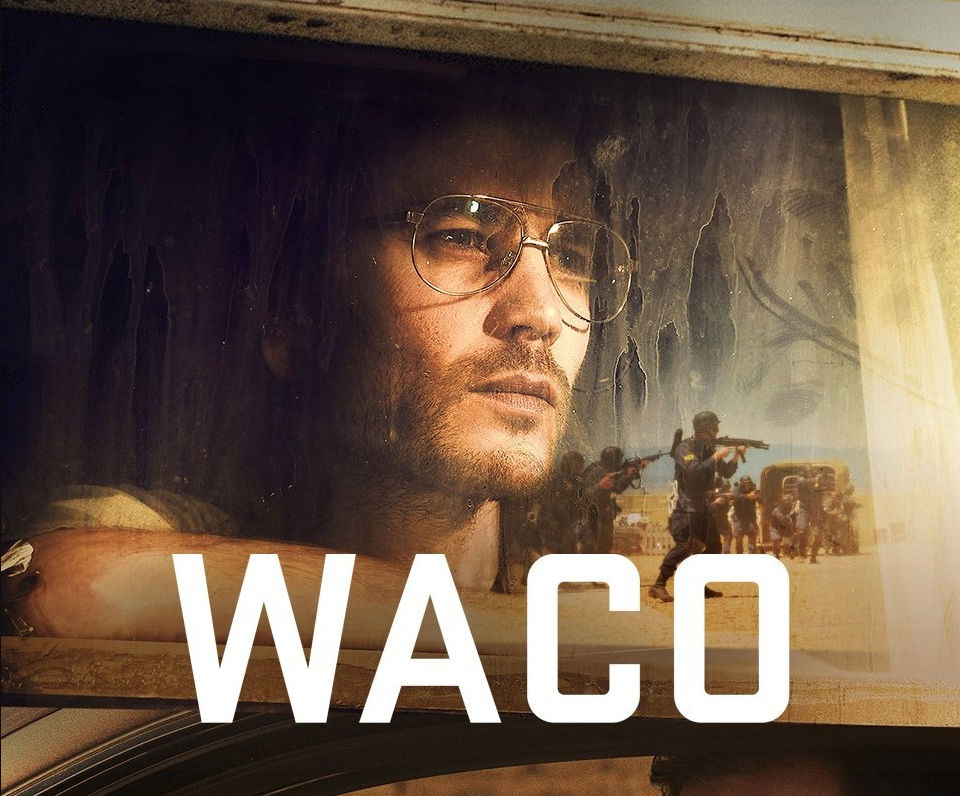 “Waco” A Well Acted Retelling of An American Tragedy

The Waco Seige of 1993 is a memorable tragedy in American history. Mired with controversy and marked with a tragic end, the events have been reexamined and retold many times over the last few years. I am old enough to remember the events taking place but young enough to not have fully comprehended it at the time. Since I had not revisited the events outside of general knowledge, Waco on Netflix sent me down a rabbit hole of research that I am still currently tumbling down. Waco is a fact based yet highly dramatized retelling of events with a sympathetic bias that is elevated by a superb cast.

Waco on Netflix begins with the events leading up to the 51 day stand off, highlighting ATF and FBI officers who played pivotal roles in the siege. The series is very clear which way it leans, choosing to provide a sympathetic biased toward the Branch Davidians and somewhat demonizing the government. Michael Shannon plays Gary Noesner, a prominent negotiator brought in to take point on convincing the Davidians to come out peacefully. Butting heads with the more aggressive FBI tactical teams lead by Mitch Decker and Tony Price (Shea Whigham and Glenn Fleshler) the series explores how the situation continued to escalate and ultimately end in tragedy.

The series also does its best to speculate on the people inside the compound, piecing together survivor accounts from the book Waco: A Survivors Story which part of the series is based on. Taylor Kitsch shines as the charismatic leader David Koresh, embodying a complex religious narcissist left desperate to fight against the government. After watching the series, I believe I have been too harsh on Kitsch as an actor. It is here that he proves his capabilities and I never thought I’d say this, but I’d like to see more of this from him.

Perhaps where Waco struggles the most is balance; there is a clear biased here as mentioned previously, and while I may not have found it to be unwarranted some my find it off putting.

The show demonizes the government and omits the more cult like aspects of Koresh, including the accusations of years of child abuse. I would encourage you to check on the documentary Waco: Rules of Engagement on Amazon Prime to give a less dramatized version of events and a more complete analysis of what happened. To be fair, the documentary only further validates the shows bias for me, but I expect not everyone will come to that same conclusion.

Waco is an incredibly well made series, one that is elevated by an outstanding case all bringing complexity to each and every person portrayed. Stand outs include Michael Shannon, Taylor Kitsch, and Rory Culkin as outspoken survivor David Thibodeau. Culkin is exceptionally compelling, demonstrating that he is a capable actor with a lot of range and a lot to offer his fans. A great blend of fact (even going as far as to include word for word transcripts of the negotiation calls) and dramatization, Waco deserves the spotlight Netflix is giving it. If you can withstand the emotional rollercoaster, Waco should be next on your watch list.