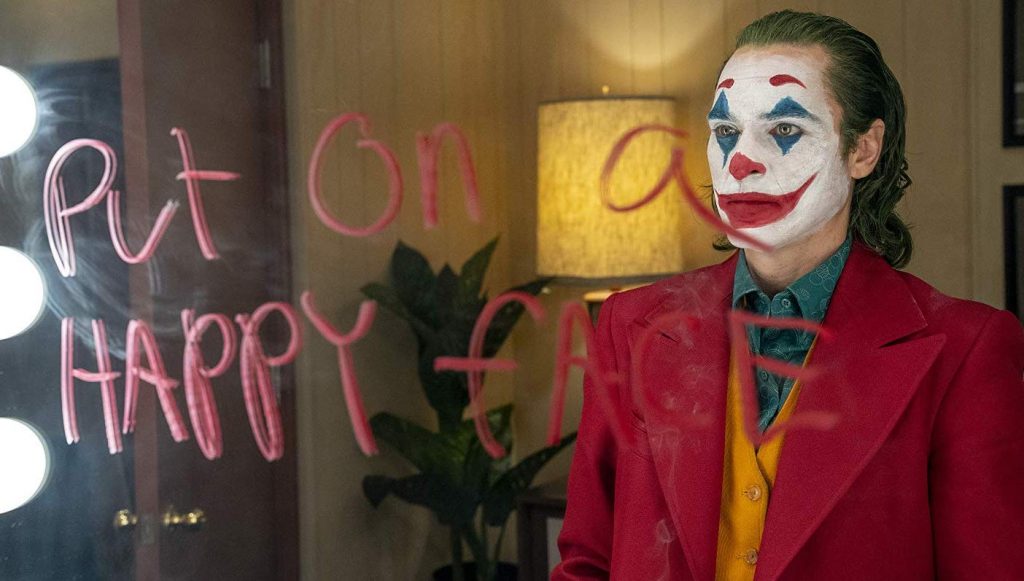 The Joker and the Crisis Hotline

The following is a true story…

In one of my darkest moments of my life during one of the worst years of my life, I talked to a mental health crisis hotline. They used the wrong name. Twice. And all of the answers were obviously stock answers. About halfway through my talk my tears and depression and negative thoughts disappeared and I started laughing.

I laughed. Like, a lot. It was hilarious in all of its absurdity.

Flash forward a few months and here I am. I am… the Joker. Or at least I can relate to the idea of the Joker a lot more than I thought I could. Not the movie Joker or Dark Knight or Batman ’89, but the core of the Joker character: A mentally ill man who decides that making a comedy out of the absurdity of life is the only way to survive.

The Joker is often portrayed as severely mentally ill. He is shown in comics like Dark Knight as basically comatose, a schizophrenic in a vegetative state, until some switch – usually Batman – brings him back. That isn’t how schizophrenia and those kinds of illnesses work, though.

Comic Joker goes out of his way to seem crazy. He has violently bloodied his face in court to show he was insane. He will quickly change his mind and his persona. He flies off the handle. He pretends to not have any plan and to be just some kind of force of nature.

The irony, though, is that makes the Joker so very sane. The Joker is like many of us. He is suffering from a mental illness and laughing about it, while acting as if he is somehow crazier than he is. And at other times he hides it all to blend in, to be “normal”. This is the same Joker that has outsmarted Batman, Superman, Lex Luthor, and a million other highly intelligent characters. He has motivation – pre-meditation – and is so very smart all while hiding behind a mask of insanity.

The Joker is many of us dealing with mental illness.

From his first appearance in Batman 1 way back in 1940 when I was… negative 43 years old… to Joker the movie in 2019, Joker has had a myriad of backstories, real names, and motivations. At his heart, though, Joker is Joker. He is a nameless, faceless white dude from the middle to lower class he had one awful day in his life and it broke him. Though he didn’t die in a gutter. He made himself into a new, better person. Well, better in the Joker’s mind. This is where we diverge. In reality, the vast majority of us with mental illnesses from my depression/anxiety to those with severe schizophrenia are not violent. Mentally ill people are not criminals.

Statistics show that the mentally ill are far more likely to be the victims of crime.

Still, the Joker is a character we can often live through. The Joker in the 2019 movie laughed at the system and how it fails us. Many of us have gone through ERs and psychiatrists and sought help and still ended up no better off, lost and confused. The Joker in the The Killing Joke lost everything and came out as something new, if a little twisted, on the other side.

Talking to a crisis counselor or talking to a loved one or seeking medical help changes us, hopefully for the better. In our darkest hour we all wish we were as heroic as Batman. But… maybe it’s more normal and perfectly okay to just laugh. When life gets absurd and throws lemons, maybe the more normal reaction is to throw back smiling fish.

And in case you need help, don’t be afraid to reach out. If it fails, just laugh. The Joker laughs, picks himself up, and tries another absurd plan.