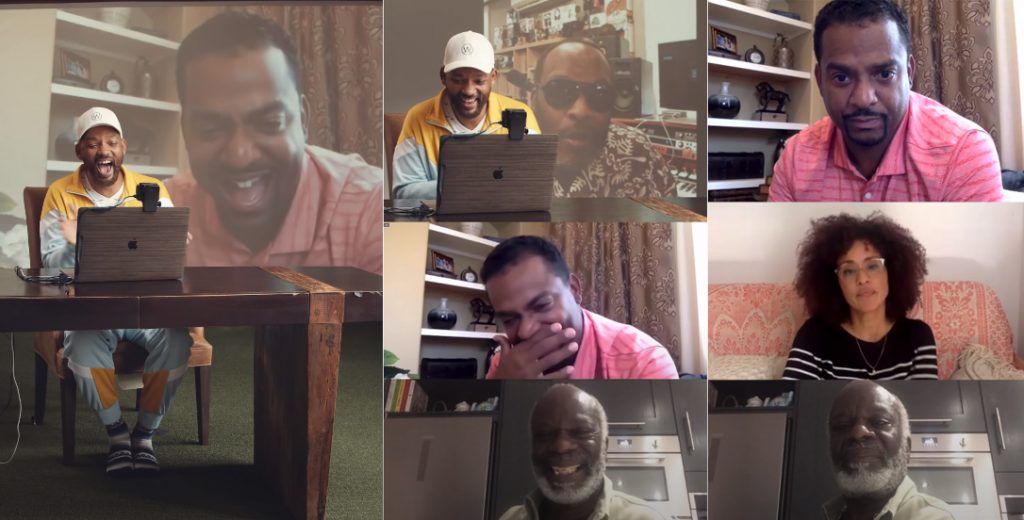 Will Smith Reunites “Fresh Prince” Cast on “Will at Home”

Amidst this whole coronavirus thing plenty of actors are looking to connect with people of the past. And Will Smith is no exception to the rule. Recently on his Snapchat show called “Will at Home” he hosted a reunion of some of the cast of “Fresh Prince of Bel-Air”. It was actually the first part of a two part finale that aired today, Wednesday the 29th and the second part will come out tomorrow. Thursday at 6 AM ET on Snapchat’s Discover page will be the finale with a special tribute to Uncle Phil, James Avery.

The Fresh Prince of Bel-Air aired September 10, 1990 to May 20, 1996. With 146 episodes they touched on many things that were very important for youth to learn about. Will struggled and overcame having a terrible father and bonded even more with Uncle Phil in that episode. And who could forget the very last when they leave their home in Bel-Air?

Will Smith at home began early in April as a way for Will to spend some time with friends and family. The show has featured guests such as Dr. Anthony Fauci, Kevin James, Guy Fieri, Johnny Knoxville, Tyra Banks and Smith’s son Jaden.

Tomorrow’s show is sure to touch on even more behind the scenes stories from the cast. Don’t miss it!