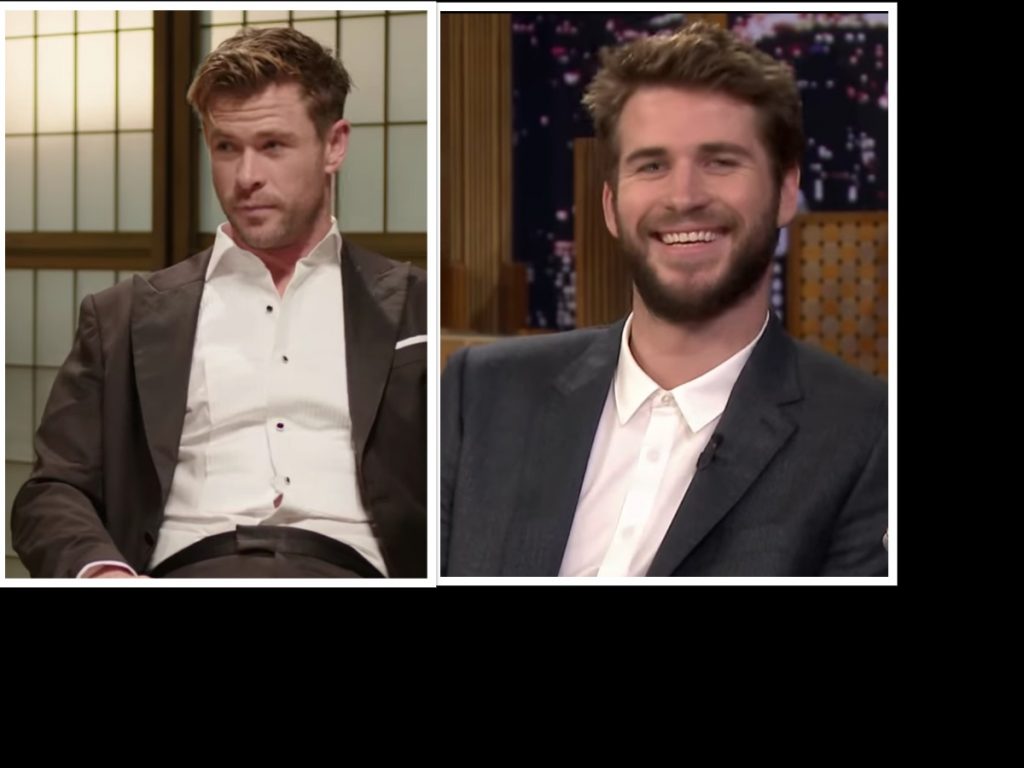 Liam and Chris Hemsworth Finally Plan To Do a Movie Together

There’s no denying that the Hemsworths seem blessed by the Lord of Thunder himself in the looks department. With their wavy blonde hair, chiseled jaws and disarming smiles they remain at the top of most celebrity crush lists. While Chris has had the more prominent career starring as Thor in the MCU, Liam starred in The Hunger Games franchise in addition to other notable roles. Both brothers have some major franchises under their belts and are no stranger to the spotlight. Which is why it’s so interesting that up until the recent comments made by Liam, the brothers have never appeared onscreen together. Speaking with Men’s Health, Liam revealed that he and Chris have plans to star in a “big action-comedy” together in the near future. Because what could be better than one Hemsworth? Two Hemsworths.

While the oldest brother Luke has appeared in Westworld as well as a brief cameo in Thor Ragnorok, ironically playing a satirical version of his brother, he hasn’t been in the spotlight as much as his other siblings and isn’t nearly the level of heartthrob that Chris and Liam have made themselves to be. So a project with both of them together on screen should be very exciting for their fans. In the interview, Liam said “I really look up to my brother Chris. I’ve worked with a lot of people that been in really great positions in the past 11 years, and Chris has a stronger work ethic than most. He’s so focused. I’m thankful that I have him and am able to use his resources and his knowledge. I call him all the time about scripts and get his opinion. ‘Should I do this? Should I do that?’ We’re looking to do a film this year together, which is like a big action-comedy thing.”

While there are no further details about what the project actually is yet, we don’t need to know much more than the fact that it’s got the two most popular Hemsworths in it. It’ll be interesting to see how the project shapes up and how the two will pair together. Chris has demonstrated a knack for comedic chops recently, and seeing that Liam looks up to him and holds him high regard, he may even bring out the best in him too, making this a project to keep a close eye on. And for those hoping for an eye full of man candy, I’m sure there will be some shirtless action worked into this. There’s no point in having two Hemsworths in one film if they’re just gonna keep their clothes on the whole time.