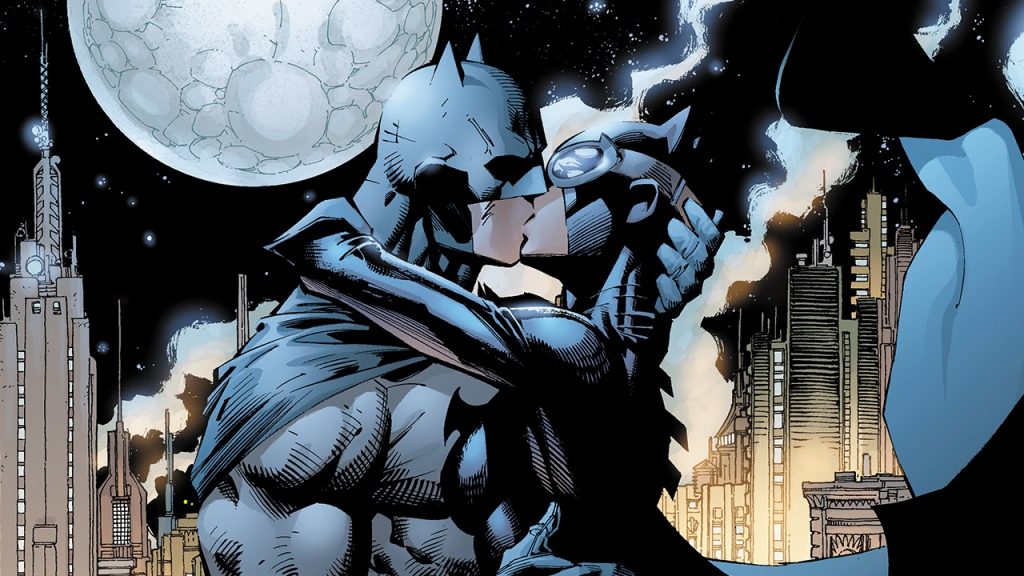 The universe of superheroes is a huge number of stories and characters with various abilities. Everyone has their preferences and likes. Sometimes superheroes form great couples.

Superhero comics have long ceased to be simple entertainment. Now the Marvel and DC universes are whole worlds with their history and deep characters. Fans of each universe argue about the coolness of each hero and their characters. But the main secret of popularity is the true character characters. Each superhero has a story, principles, and sympathies. Sometimes these superheroes become great couples, and in this article, we will talk about the most significant partners.

Very interesting and non-trivial couple. Reed (Mr. Fantastic) fell in love with Sue when she was a child. After many years, they became a real couple and married. Moreover, Reed Richards and Sue Storm not only married but also gave birth to two children (here they were helped by Dr. Doom scientifically). This marriage is truly alive – they had quarrels and breakups, the family almost broke up during the Civil War – but survived.

Batman is one of the most attractive and mysterious heroes of the DC universe. The uniqueness of his image is that he does not have superpowers, but relies only on technology and physical training. Among his girlfriends were cobblers, superheroes, daughters of immortal authorities, journalists, doctors, and sorceresses. But the Catwoman has always been and always will be the best pair for the Dark Knight.

A hint of a “spark” between them flashed in the first issue of the Batman comic in the distant forties. Selina Kyle repeatedly tried to kill Batman, and he repeatedly tried to save her. Batman and Catwoman from Earth-2 even became husband and wife (they even had a daughter, Elena). But in the main universe, fate nevertheless divorced them. Despite all their appeal to fans, Batman’s son isn’t from Selina, and Celina’s daughter is not from Batman.

The main woman in Cyclop’s life is Jean Gray. She is also the cause of the eternal sorrow of Cyclops because she constantly dies and is reborn. In addition to her, Scott started a relationship with Emma Frost (a former villain and also a telepath), Madeleine Pryor (a clone of Jean Gray, she gave birth to him a child, Cable), and even Colin Wing (from the Netflix universe). But Jin is a red-haired princess who has always occupied the most important place in the heart of Cyclops.

Oliver Queen and Dyna Lance, Green Arrow, and Black Canary. One of the most famous superhero couples not only in the DC universe but also in comics in general. They quarreled, reconciled, fought – but no matter how the scriptwriters bred them, fans will always bring them back. These heroes have a rich history of relationships, but their passion and craving for each other did not subside even after many years.

Those who want to see same-sex relationships in the Marvel and DC universes like the Moondragon and Phyla-Vell couple. Two severe and strong girls, not very sociable and do not always find contact with other people. Moondragon is the daughter of Drax, Phyla-Vell is the daughter of Mar-Vell, who was Captain Marvel even before the popular movie star Carol Danvers took over this position. They are both harsh and sometimes even rude – but together they soften and become sweet and tender. A great way to show the depth and rich inner world of each character.

It’s worth praising the DC universe for creating interesting and non-trivial pairs. The standard union of a strong man and a weak woman does not seem so interesting anymore. And here comes a pair of Mister Miracle and Big Barda. He is an inhabitant of the paradise planet, who grew up on Apocalypse (hell planet) and became the god of escape, to whom the famous Houdini is not a rival. She is a former Fury (an elite warrior of Apocalypse), and for her husband, she will tear anyone up. This is a touching and beautiful story of relationships and true love.

This couple was created by fans because in the original comics, their relationship was a little unconventional. The fact is that Kitty Pryde showed great interest in the Colossus at a time when she was a minor. Such an interest was pleasant for the Colossus, but the adult man understood that there could be no relationship except friendships until she came of age. And after coming of age Kitty did not show such attention to the giant. However, this couple takes a well-deserved place in the hearts of fans.

Another non-standard union. After all, Alicia is not a superhero. This is a blind sculptor who is the adopted daughter of a supervillain. But this couple should be on the list because their relationship is very beautiful and touched the hearts of many fans. Ben Grimm (a creature from the Fantastic Four) and Alicia Masters were destined to meet and be together. Beauty (albeit blind) and the Beast, which believes that it is impossible to love him. This couple touched the souls of many fans. Therefore, when the scriptwriters decided to switch Alicia to the beautiful and hot Johnny Torch, the outrage of the fans was very strong. So the scriptwriters quickly corrected the mistake, saying that Johnny did not like Alicia, but the alien who disguised herself as her.

Another couple with an interesting and deep, but tragic story. Ralph Dibney did not try to keep Sue from participating in his superhero and detective work. On the contrary, Sue actively helped him. They never quarreled or parted – their relationship warmed the soul of all superheroes. Therefore, when Sue was first raped and then killed, the whole superhero community stirred up, which led to a whole series of negative consequences. For a long time, the couple did not stay apart – Ralph soon died too and joined Sue in the next world, after which they became ghost detectives. After the next restart, both of them are revived, which somewhat reduces the tragedy of the situation, but mitigates the injustice shown to these characters.

Of course, what a list of superheroes without Superman. And almost everyone knows about his love affair with Lois Lane. However, this does not mean that Lois is his only one. As a teenager, he met with Lana Lang, then with the mermaid Lori Lemaris, relatively recently they tried to impose him on lovers of Wonder Woman … but relationships with a man are one of the factors that make Superman more human. Therefore, the removal of Lois from the life of Superman is one of New52’s many sins, and the return of Superman, married to Lois (and becoming the father of the child whom Lois gave birth to him) is one of the best Rebirth decisions.

Nancy Patron  is a passionate journalist who enjoys writing about psychology and human relationships. Over the course of her career, she was a regular contributor to major media publications, and currently, she serves as an editor for asianwomendating.org.