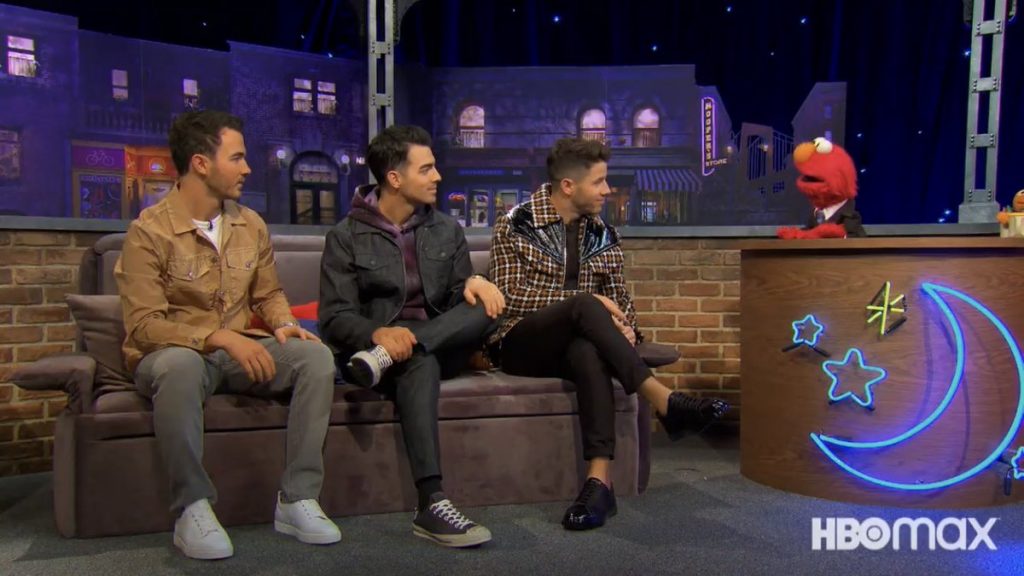 Elmo is Hosting A Talk Show On HBO Max

Elmo from Sesame Street is going to be hosting his own talk show, The Not Too Late Show, which is set to release with the premiere of the HBO Max Streaming service.

Available for streaming on May 27, Elmo and the rest of his Monster friends are taking on a late night talk show where all of the cast members are from Sesame Street. The following comes from the description in the trailer that was released on YouTube,

The Not-Too-Late Show with Elmo is the brand-new talk show transforming late night. Elmo, his sidekick Cookie Monster, and other favorite Sesame Street friends invite the whole family to tune-in together as they interview celebrities and musical guests, explore the latest in pop culture, and play trendy games, all with humor and heart.

The trailer features guests such as John Mulaney, The Jonas Brothers, Lil Nas X, Pentatonix, Ciera and more. The show will have the standard talk show structure, taking interviews, monologues, games and musical appearances and throwing Elmo in the mix.

“Our No. 1 goal is having extraordinary content for everyone in the family, and the HBO Max programming mix we are so excited to unveil on May 27th will bear that out,” said Bob Greenblatt, chairman of Warner Media Entertainment( quote via Variety).

This show is an example of the original programming that the platforms created, standing alongside an all-new Looney Tunes Cartoons show, Love Life starring Anna Kendrick, an underground ballroom dance competition Legendary, and more. The streaming service also will have Friends, The Big Bang Theory, South Park as well as a slew of Warner Bros., New Line and DC shows/films.

Those who already have HBO Now won’t have to pay for HBO Max, the platform costing the same $14.99 a month it would be for Now. While the HBO brand revolves around adult entertainment that’s unique in storytelling and scope, this newest expansion of the platform looks to draw in larger numbers.