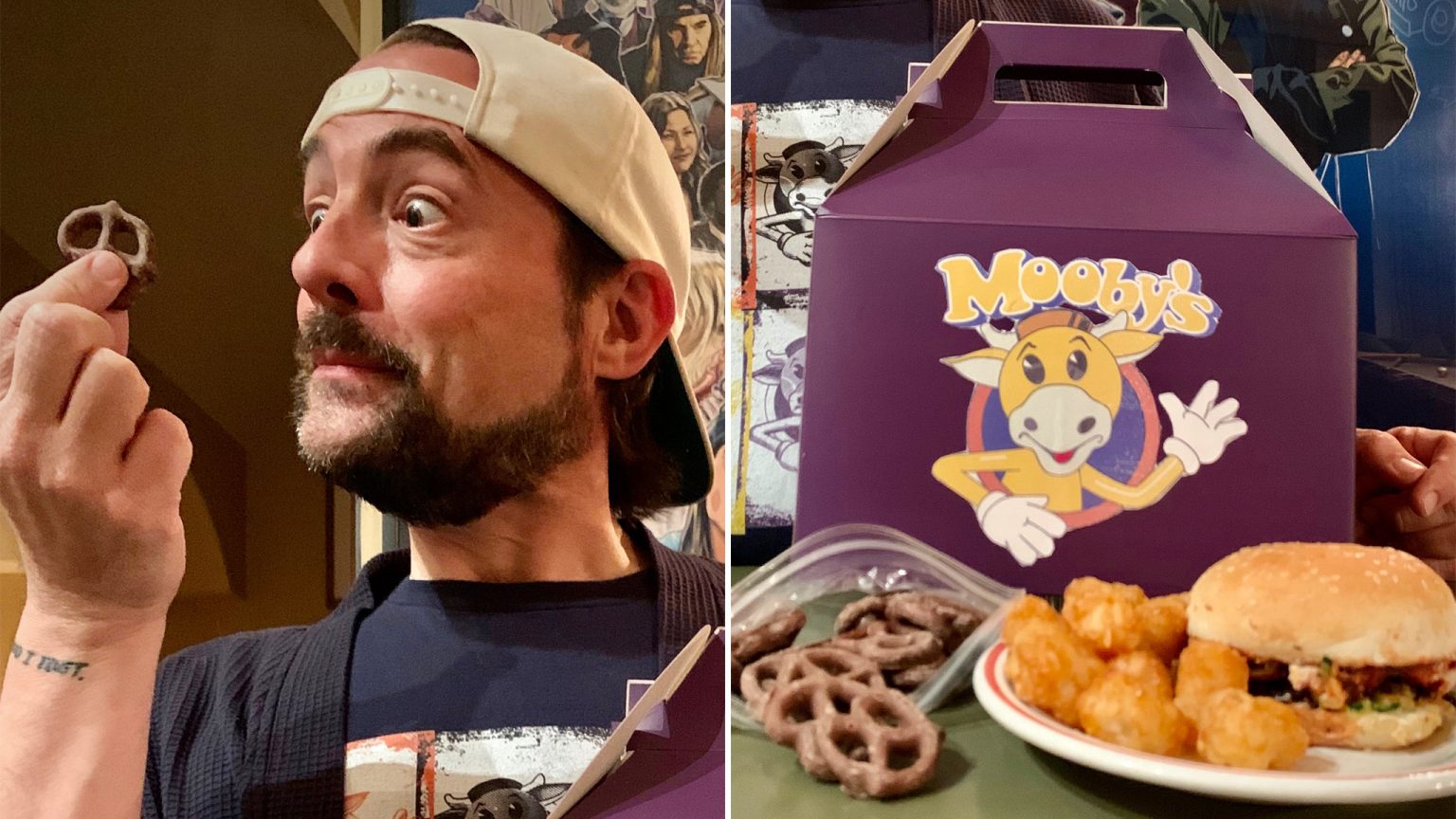 If you’re a fan of Kevin Smith, then you are likely well aquainted with the fake fast food chain called Mooby’s. It made its first appearance in Dogma (1999). It then proceeded to become the main setting for Clerks II, and it also appeared in both Jay and Silent Bob Strike Back and the Jay and Silent Bob Reboot.

However it is soon to become a reality. And one for a good cause!

Unfortunately due to the recent Coronovirus going around, we cannot have Mooby’s as a dine in experience just yet. However, the cause that they are raining money for is against some of the reprecussions we face during the Covid19 outbreak.

Kevin Smith himself announced that he’s teaming up with Derek Berry and the team that brought the Saved By the Max and Good Burger pop-up restaurants to Los Angeles to create a Mooby’s pop-up restaurant inspired by his movies.
Luckily you can still get a chance at the food before the pop up opens because Kevin Smith is teaming up with Postmates offering a preview run of food through delivery in effort to raise funds for No Us Without You, a fundraiser that provides food for families of undocumented restaurant workers during the COVID-19 pandemic.

If you need a refresher: Mooby’s is a restaurant chain based on the fictional children’s television character of that universe; Mooby the Golden Calf. Yes this was cheekily inspired by the Old Testament story of the golden calf that was worshipped as a graven idol. Mooby is a trademarked character featured in movies, TV shows, albums, merchandise, and, obviously, a fast food chain.

Check out this post made by Kevin Smith himself announcing the menu and presenting some of the items.

There will be a meal with Mooby’s Messy Lasagna Sandwich (vegan option available), and a side of Hater Totz. Also in reference to Mallrats, some chocolate covered pretzels. Food is courtesy of Chef Royce Burke and the Secret Lasagna Team.

Each Mooby’s Meal will come with a Jay and Silent Bob Reboot card signed by Kevin Smith himself.

However, here comes the bad news: Delivery of Mooby’s Meals will only be available to Los Angeles residents starting and April 19 and running through April 26. The menu will be open between 12:00 P.M. and 8:00 P.M while supplies last.

As for the actual Mooby’s pop-up grand opening, we have no actual date. We only know it’s supposed to happen sometime later this year. You can always follow Mooby’s on Instagram where they will likely be posting regular updates, here. Until then, we will try our best to keep you covered.