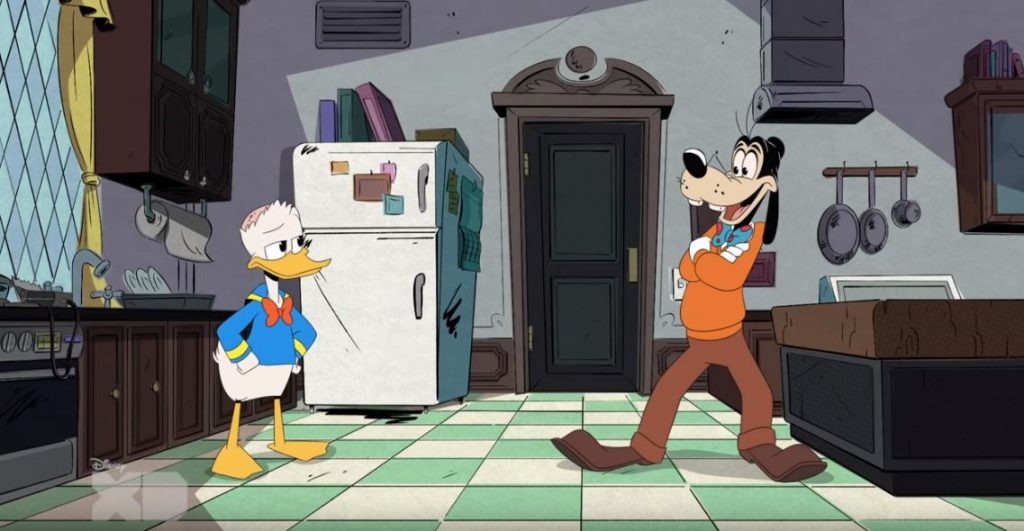 Part of the appeal of the current DuckTales series is how it plays with the original Disney Afternoon line up of the 80s and 90s. Instead of trying to make a clean break for its younger audience, the show makes it fun for adults who grew up on the old shows as well. Previously, the show brought back Darkwing Duck and also used him as a way to make fun of Christopher Nolan and his Batman films. There has also been a couple references to A Goofy Movie, the cult favorite 90’s film in the form of characters singing songs by Powerline. The shoe has gone one step further by featuring Goofy in the latest episode, who directly talks about both the movie as well as his old show, Goof Troop.

In the episode, Donald and crew are trapped in an alternate sitcom reality, which is why Donald sounds like Don Cheadle and there is a laugh track. Goofy is also in this reality while also appearing in his Goof Troop outfit and even poses like how he does on the title card for the show. From there, Goofy mentions or shows photos of not just Max but also Roxane from the movie and even shows that they dated after the movie ended.

The hope now is that the show will go further and add more of these elements to the show. The show has been unafraid to make this series a launchpad (heh) to be about the Disney TV world and now it just needs to go all out. And not just to tease these elements for jokes but to make them more crucial. I guess what I am really saying is Bring Back Max You Cowards!