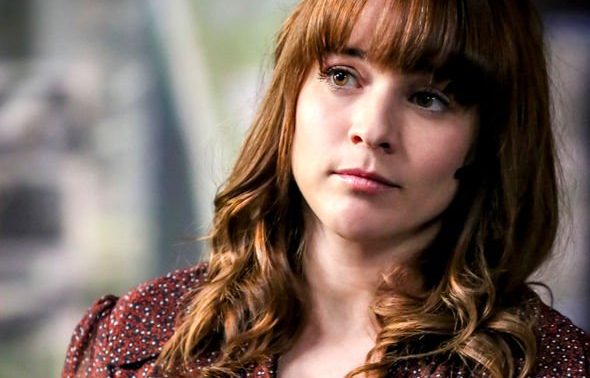 Renée Felice Smith joined the NCIS: Los Angeles cast as Nell back in 2010 as a recurring character before being promoted to main cast.

Nell has had a lot of recent upheaval. Her mother has been battling a serious illness. Her romantic partner, Tech Operator Eric Beale (Barrett Foa), was away at the beginning of the season. On the show, Eric was on a secret undercover mission for Hetty, which ultimately led to his kidnapping in the episode “Kill Beale Vol 1”. In real life, Eric was written out of five of the early season episodes to give Foa a leave of absence to star in a production of Angels in America.

So season 11 started with Nell but no Eric, now we may have Eric with no Nell. Previously, Nell was considered a likely successor to Hetty, but she claimed that she couldn’t do what Hetty does in the fallout from Eric’s kidnapping. Nell told Hetty, “Analyzing intelligence, manipulating data, that’s one thing. But manipulating people as if they’re mere assets? No. I will never be good at that. And I realize this now. Hetty, I can’t be you. And honestly, I don’t think I want to be.”

But is Nell just the first to jump ship? Other characters have been portrayed as contemplating making a change. Eric has a job offer (which might seem more attractive if Nell leaves ops; Eric might go with her). In the season 11 fall finale episode 11 “Answers”, the various team members contemplated their futures. Sam Hanna (LL Cool J) saw teaching younger agents as a possible future, and maybe working with DOJ agent Lance Hamilton. Sam told Callen (Chris O’Donnell) that Callen could take over for Hetty and together they could train up their replacements. LAPD Detective Marty Deeks (Eric Christian Olsen) and Special Agent Kensi Blye thought about whether kids were in their future. Deeks has also been considering if he wanted to continue risking his life for the NCIS team. The close call with a bomb in “Fortune Favors the Brave” may have just given him more food for thought. Callen might not be leaving NCIS, but if he steps into Hetty’s position he would no longer be as active a member on the team. When Hetty asked him if she did the right thing with Eric, he commented that he didn’t want her job. “But somebody’s got to do it,” Hetty said, and asked him to think about it. She comments that she won’t be there forever. Of course, Hetty has left and returned a number of times, so who knows? Although Hetty’s recent absence was related to Linda Hunt being injured in a car accident.

There were concerns that Deeks might depart because actor Eric Christian Olsen was executive producer for two projects sold to CBS (Nurses, a medical drama featuring four trauma nurses, and Life Lessons, about a failing professional who learns from a class of first-graders). It was thought that Olsen might be spread too thin. However, the actor replied to a fan begging him not to leave the show with “I’m gonna do both until my body gives out or @swrightolsen kills me.” (swrightolsen refers to his wife, Sarah Wright Olsen)

Like Nell, Callen’s character is also taking some vacation time, most likely to figure things out with love interest Anna Kolcheck (Bar Paly) now that her legal troubles seem to be over. One thing Callen has always tried to avoid is permanence, but is he willing to try for something more long term with Anna? However, a cryptic comment from Hetty and a brief scene in the previous episode indicate that there may be trouble ahead for Anna.

While Nell may be leaving, “Fortune Favors the Brave” also saw the return of FBI Special Agent Devin Roundtree (Caleb Castille) as a potential new recruit; a recruit who has a very wild first day. The team first met Agent Roundtree in the episode “Watch Over Me” when he was betrayed by dirty FBI agents while he was working undercover. That episode also saw the return of professional wrestling legend Bill Goldberg as DOJ Agent Lance Hamilton, and a guest appearance by Boxing champion Evander Holyfield.

Agent Fatima Namazi (Medalion Rahimi) has been helping out both in ops and in the field, so she may be the one to have to step in and fill Nell’s shoes. Fatima faced her own troubles recently and had to be rescued by the team when she was taken hostage following an ambush while she was acting as an observer in Egypt.

So there may be some changes coming to the team. But is Nell really leaving? There had been some speculation in the past that actress Smith was pregnant, but that has been denied and any “weight gain” attributed to the looser clothing style Nell favors. Nell had trained to make the move from Intelligence Analyst to Field Agent, now her character is doing a complete turnabout and is leaving the agency altogether. Her reasons for leaving seem somewhat vague, as Nell just told Kensi that she had changed since she joined NCIS.

Any plans for Nell’s departure may have to be put on hold as production on NCIS: Los Angeles (and companion shows NCIS and NCIS: New Orleans) was halted early due to concerns over coronavirus. Rumor has it that some shows with only a few episodes left may just resume production next season. But as of March 30, 2020, NCIS: Los Angeles has not been canceled or renewed for a 12th season.

We will all just have to wait and see and hope for the best.