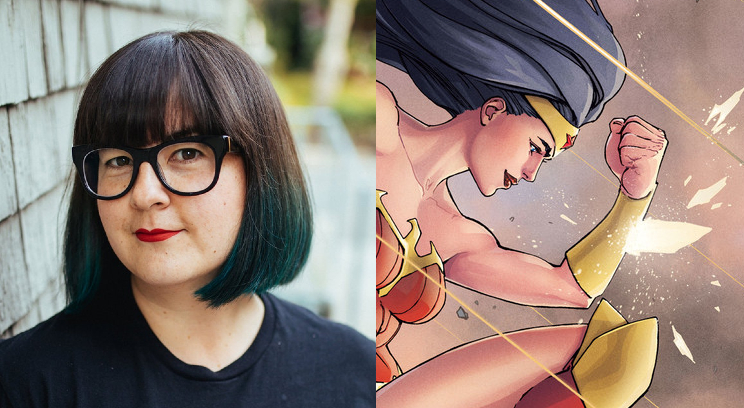 This new story arch will begin with Diana putting her life back together after fighting the four horsemen. And in the issue right after their debut, comes back in the title. The rest of the Dc Comics post states that,

“Max represents the worst that humanity has to offer…so when he shows up at Diana’s doorstep seeking help, what’s a warrior for the truth to do?”

Tamaki has worked with Dc and Marvel in recent years, including books such as Harley Quinn : Breaking Glass, Supergirl : Being Super, She-Hulk (2017-2018), as well as all of the Lumberjane Novels. The Canadian writer has been writing since 2000, and is a twice runner-up for the Michael L. Printz Award.

Tamaki has recently released, in collaboration with Rosemary Valero-O’Connell, ‘ Laura Dean Keeps Breaking Up With Me ‘ a young adult graphic novel that deals with queer narratives. In a quote from Dc Publicity, the writer said that,

“Wonder Woman was the hero I grew up with, she was my little-kid-living-room-cosplay. I have always wanted a golden lasso and an invisible jet, and I feel like now, writing Wonder Woman, I’m one step closer.”

The issue hits selves June 24,with cover by David Marquez and a card stock variant cover by Joshua Middleton.

What’s your opinion of this news? Will the change entice you to pick up the series or is a sign that its time to take a break from the title.