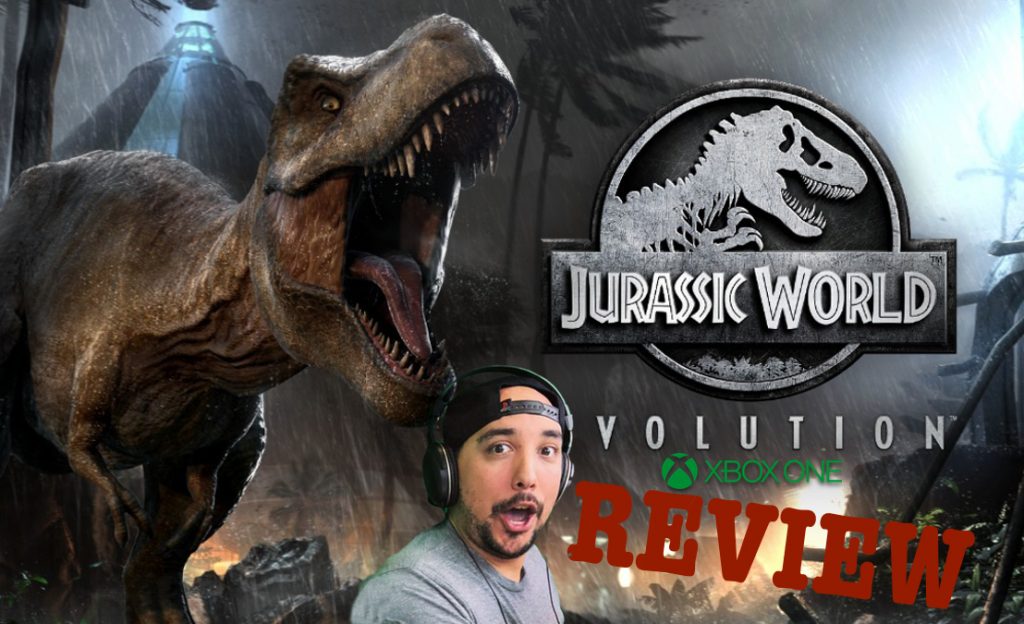 Shortly after spending countless hours on Subnautica. I found myself in a void. I still didn’t feel like playing the first person shooter games I busied myself throughout the year. But after browsing through several sorting lists I finally noticed a giant T-Rex banner that wouldn’t go away and decided to check some reviews. Opinions on Jurassic World – Evolution seemed split right down the middle. The fan in me couldn’t stay away, and I downloaded, the next 2 weeks of my life.

Jurassic World – Evolution was released in June of 2018 on PC as well as XBOX One and Playstation 4. The game borrows most of its look, era and legacy from the 2015 film but also timed an expansion to coincide with the release of the sequential film in the series Jurassic World: Fallen Kingdom.

The game would later include expansion packs with stories that applied to the current lore as well as retroactively visiting the original park from 1993. All expansions involve actors from both films respectively resuming their roles in new story-lines and missions. I’ll only be addressing the core story elements of this game.

Unfortunately for fans and possibly to the games detriment, the stories and conversations withing the games and expansions are NOT canon.

Set sometime shortly after the events of the film, Jurassic World – Evolution expands on the initial idea of a functioning dinosaur theme park already in progress. Jurassic World has expanded it’s reach across the group of islands that neighbor those from the original franchise flicks. You’ll eventually be granted access to all as the story advances.

Apart from keeping dinosaurs and guests content, you’ll also be cooperating with 3 park divisions that mitigate progress as well as sprinkle in plot from time to time. 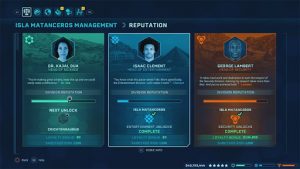 If you successfully complete their tasks and survive the literal sabotage and tropical storm mechanics that send your park into chaos, You will not only unlock the full potential of the sandbox mode, but be treated to some interesting and creative dialogue that would get any fans imagination racing!

Long time dinosaur park-simulator fans will feel extremely at home with the layout and progress flow. That’s because the main overall function of the game is still very similar to both Jurassic Park: Operation Genisis on PC and Consoles back in 2004, but Jurassic Park: Builder on the App Store in 2013. The designers of this game clearly took the best of what worked and made it better!

I played and beat the game using a Controller and Console. I was extremely skeptical of how this would affect my experience and was mostly worried how business simulators can often introduce difficulties at any moment to test your preparedness. These crucial moments (especially when your zoo is filled with giant murder-lizards) can prove costly in the long run. Thankfully the controller layout, after some getting used to, was planned out thoughtfully and constantly has a legend to refer to on screen as needed.

I was most surprised at improvements made to features that existed in Operation Genesis. Making them fun or exciting, as opposed to being tedious and underwhelming.

DRIVING – The stiff and motionless driving on OG has been improved with a great physics engine. Rain causes your vehicle to slide more but its robustly thrilling to try and jump the Jeep as you speed to replace a feeder or repair damage.

PILOTING – I specifically remember pushing my computers cores to their limit trying to Tranquilize escaped Velociraptors on Operation Genesis. It was the last time I played the game. I could no longer stand the laggy frame rate and over-sensitive flight controls. Evolution has incorporated a typical flying layout and uses the opposite sticks for the tranquilizer system. It’s actually tons of fun sedating or healing your dinosaurs as messed up as that sounds.

Multitasking different upgrades and tasks will help you make the most out of the time spent waiting for certain things to be produced like fossils or upgrades which is really the main obstacle in every objective.

After watching Jurassic Park 2 – The Lost World, JP3 and years later Jurassic World, you’re conditioned to think that opening a fully functioning dinosaur theme would always end in catastrophic failure. The very nature of safely viewing dinosaurs in a safe zoo environment is the reason we got on a mystery helicopter in the first place! So part of what makes this game such a win is getting to live out that dream! 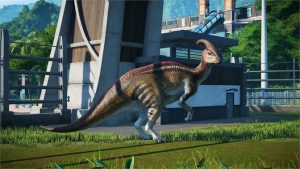 The game not only improved graphics, mechanics, they also enhanced the battles between all dinosaurs creating a unique experience in most cases is paired with a variety of ways to have fun modifying dino-genomes. Adding plenty of experimental game time to see which of your dinosaurs can top the next in a fight.

The game added one kick i wasn’t expecting.

A complete Point of View system for every attraction. You literally get to experience the Gyro-Spere and Observation decks, hotels etc. This ads a new dimension of immersion that becomes more dynamic the more scenes-capes, dinosaurs, and details you unlock. 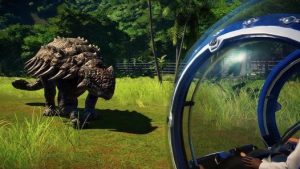 There was just so much improved that I had to really take a close look at reviews and ask my self a few questions regarding the split opinion.

It really comes down to the games ‘do or die’ mentality regarding park simulators. When things go wrong, They REALLY go wrong. Often chucking you into extreme debt. Something a casual park operator cant recover from. I can’t help but feel its related to the progression and unlock layout of the campaign. It makes the campaign feel like it’s worth doing, but only to those who are prepared to take on its harsh elements or typically experienced players from earlier dino-park sim games. If the sandbox mode had a little more freedom at install, it might entice players to uncover more features of the game before they feel overwhelmed.

I give Jurassic World: Evolution for XBox One 3 out 5 Bots!

I would love to know about your park building experiences with this game in the comments below!