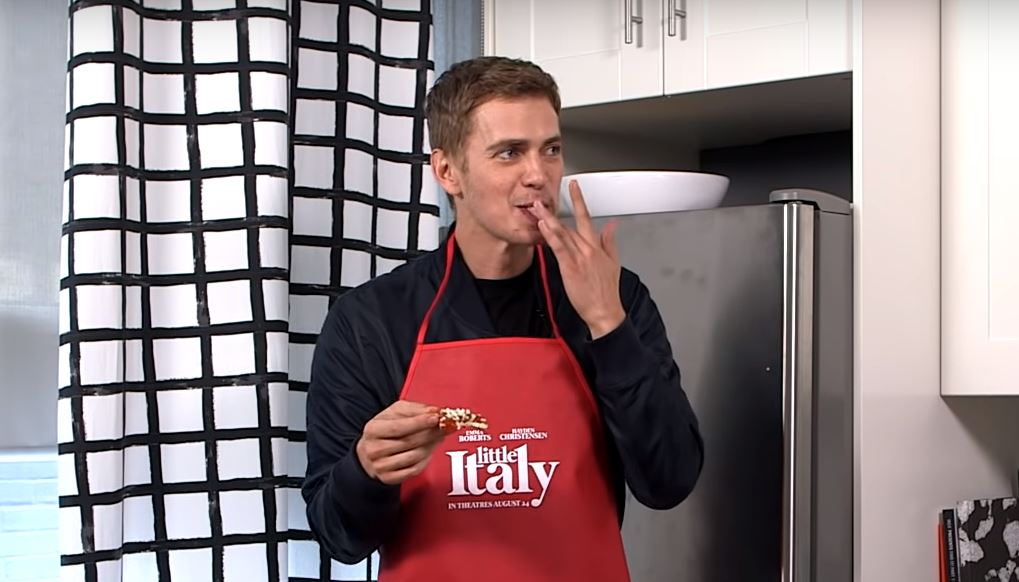 Hayden Christensen recently went on a parody cooking show to talk about his new film “Little Italy” which came out a few years ago. Shane’s Digital Dessert had him as a guest and the results were well, pretty awkward. The clip is from when he was promoting the movie back in 2018 but that doesn’t make it any less funny.

Hayden comes on the show to talk about his role and create a pizza from ready to make pizza lunchables. The jokes between the couple are pretty funny if you like dry and awkward humor. Poor Hayden gets picked on by Alexandra when she asks the tough question, “how did you feel when they cast you and not a 100% Canadian Italian?” Which he answers very gracefully. Or at least as best he can. There is a part where the couple begins to make out over catching a gummi bear with their mouths which is pretty great for Hayden as he stands in the back. Watching. Anyway this video is just really funny so if you have the time check it out!

Little Italy is about Leo Campo and Nikki Angioli who are the respective son and daughter of rival New York pizzeria owners. Their parents’ feud escalates even further when Leo and Nikki’s longtime friendship blossoms into romance.