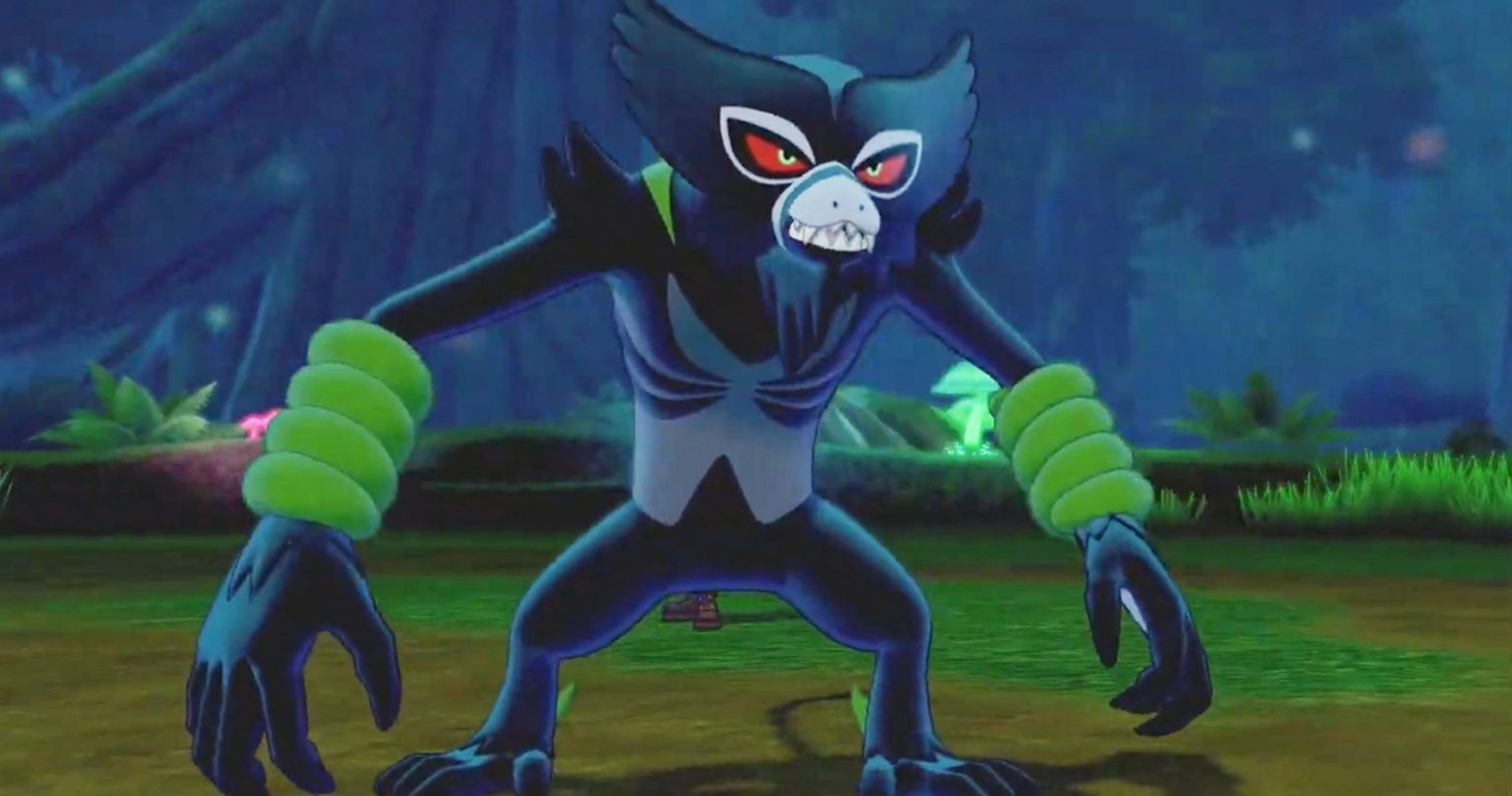 There’s some real monkey business coming to Pokemon Sword and Shield. Yesterday, Nintendo finally revealed Pokemon Sword and Shield’s newest mythical Pokemon in a short trailer released on Pokemon Day 2020. Zarude is a dark/grass type Rogue Monkey Pokemon. During the trailer, its ability is listed as Leaf Guard. Leaf Guard prevents Zarude from being inflicted by status conditions when the weather on the battlefield is sunny. The trailer also gave us a few glimpses of the monkey in combat.

Alongside the trailer, a post detailing the abilities and nature of Zarude was released to the world. According to the official Pokemon site:

“Zarude can grow vines from the back of its neck, its wrists, and the soles of its feet at will. These vines are strong and flexible, and they can be used for a variety of purposes. Zarude uses the vines to wrap around tree branches to move around or to grab Berries from distant branches. The vines also have a healing property. If Zarude wraps its vines around a wound, the wound will heal.”

The post goes on to say that Zarude lives in a pack in dense forest. It becomes immediately hostile to anything that is not part of its pack. For this reason, other Pokemon fear it. During battle, the Pokemon swings around and strikes its opponents with its sharp claws. Interestingly, the post also states that you will not be able to obtain Zarude through normal gameplay. There is no information yet on what special means we will need to acquire this hostile and fearsome monkey. Nintendo teases that we will receive more information soon. Until then, we can only wonder what challenge this new mythical Pokemon will hold.