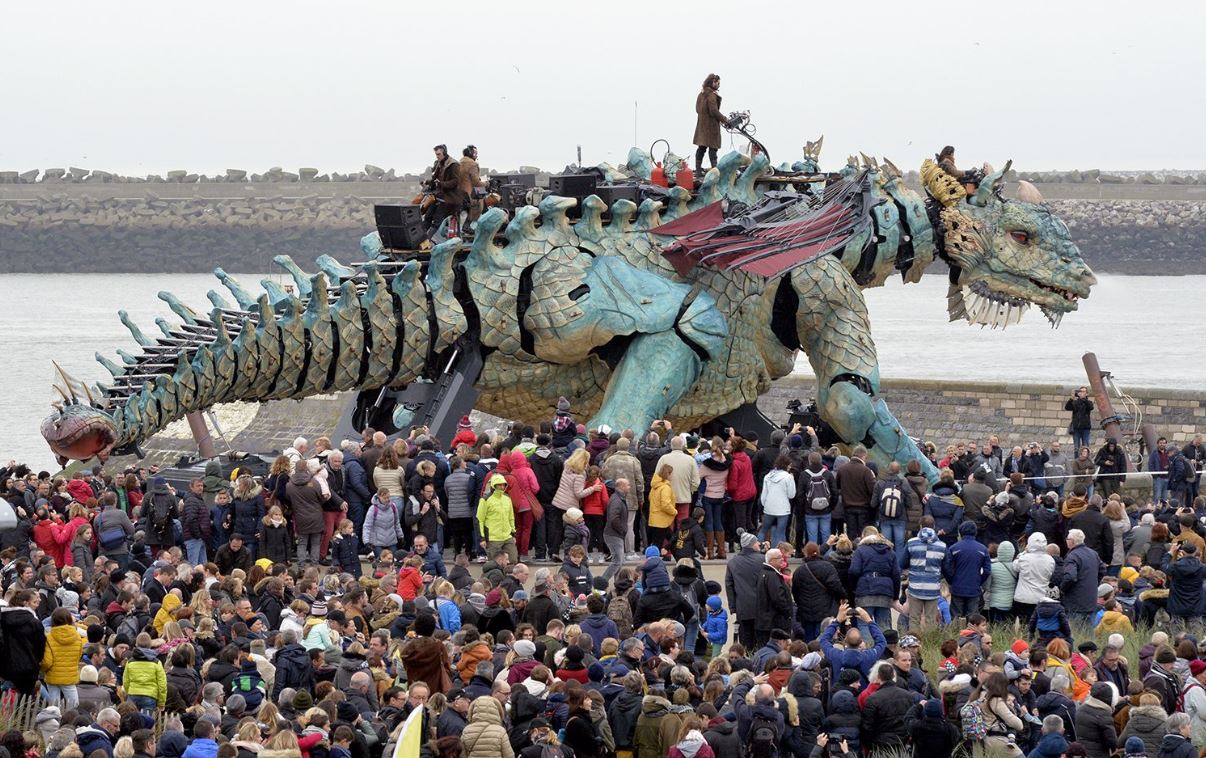 In France there is a group called La Machine who creates the most amazing mechanical versions of what we think must only be fantasy. They have created things like giant Minotaur and giant spiders, but now have moved on to another campaign. Campagnie Du Dragon has created what they are calling Calais.

The dragon was paraded around the city of Calais for three days before becoming a permanent resident. It took each one of it’s creators to steer and maneuver the giant dragon. That’s seventeen people in total.

Freed from the subterranean worlds, the Dragon of Calais is heading for the city. This new creation built by La Machine Company will roam the city, manipulated by 17 people who give him life. This big show in the streets of Calais will be the festive prologue to the dragon’s public introduction as a City Machine : La Compagnie du Dragon.

This thing is absolutely gorgeous and people crowded around it to see it. It was taken around from the 1st to the 3rd of last November (2019).

You can check out La Machine’s website by clicking on the link here. While your there check out some of the other amazing projects they’ve worked on. Only time will tell what they will do for 2020!