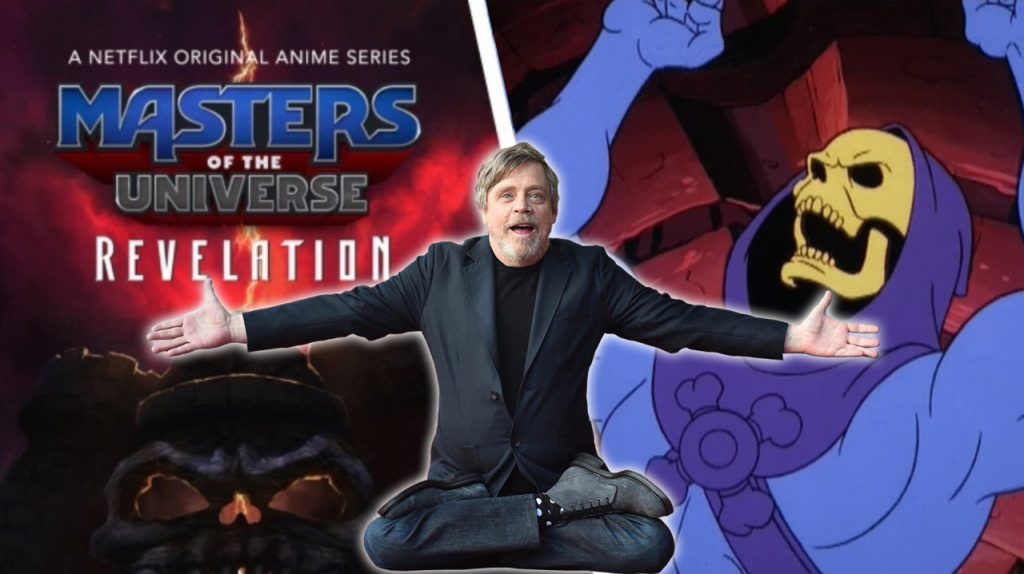 Kevin Smith’s Master’s of the Universe is looking to be one of the biggest animation feats of this generation. If you want to know what I mean basically it’s that the casting alone is enough reason to watch it. Even if you haven’t watched the original which it is supposed to continue the story to, you will want to view it purely for the voices.

In a press release we’ve learned that Mark Hamill is going to voice Skeletor. He has the voice to do it too, he voiced Joker in the Animated series and it was one of the best voice acting performances pretty much ever. With him taking the mantle of Skeletor from Alan Oppenheimer it seems like it would be a good fit. But don’t worry about Alan, he’s still going to be in it.

Like I said before this cartoon/anime will focus on unresolved story lines that wen’t unfinished in the original plot. So this may be your opportunity to go back and rewatch the entire season, which is conveniently located on Netflix.

Writing the series will be done by Marc Bernardin (Castle Rock, Alphas), Eric Carrasco (Supergirl), Diya Mishra (Magic the Gathering) and Tim Sheridan (Reign of the Supermen). The animation is going to be done by Powerhouse Animation who also works on Netflix’s hit series Castlevania.

“I cannot believe the lineup of talent I get to play with! The incredible, star-studded cast that Mattel’s Rob David and Netflix’s Ted Biaselli assembled for our Masters of the Universe series will let any lifelong He-Man fan know we’re treating this cartoon seriously and honoring the legendary world of Eternia with A-list talent! Chris, Sarah, Mark, Lena and the other amazing actors and actresses have given performances so powerful and real in a show that features a talking giant green tiger! With these fantastic performers behind our characters, it’ll be crazy easy to immerse yourself in the swords and sorcery of our epic sci-fi soap opera!” – Kevin Smith

Also in toy news if you are a fan of the original toys then you will have a chance to start collecting them again come this Fall. Mattel is going to be releasing some classic figures along with new ones for the series. So keep an eye out come September.