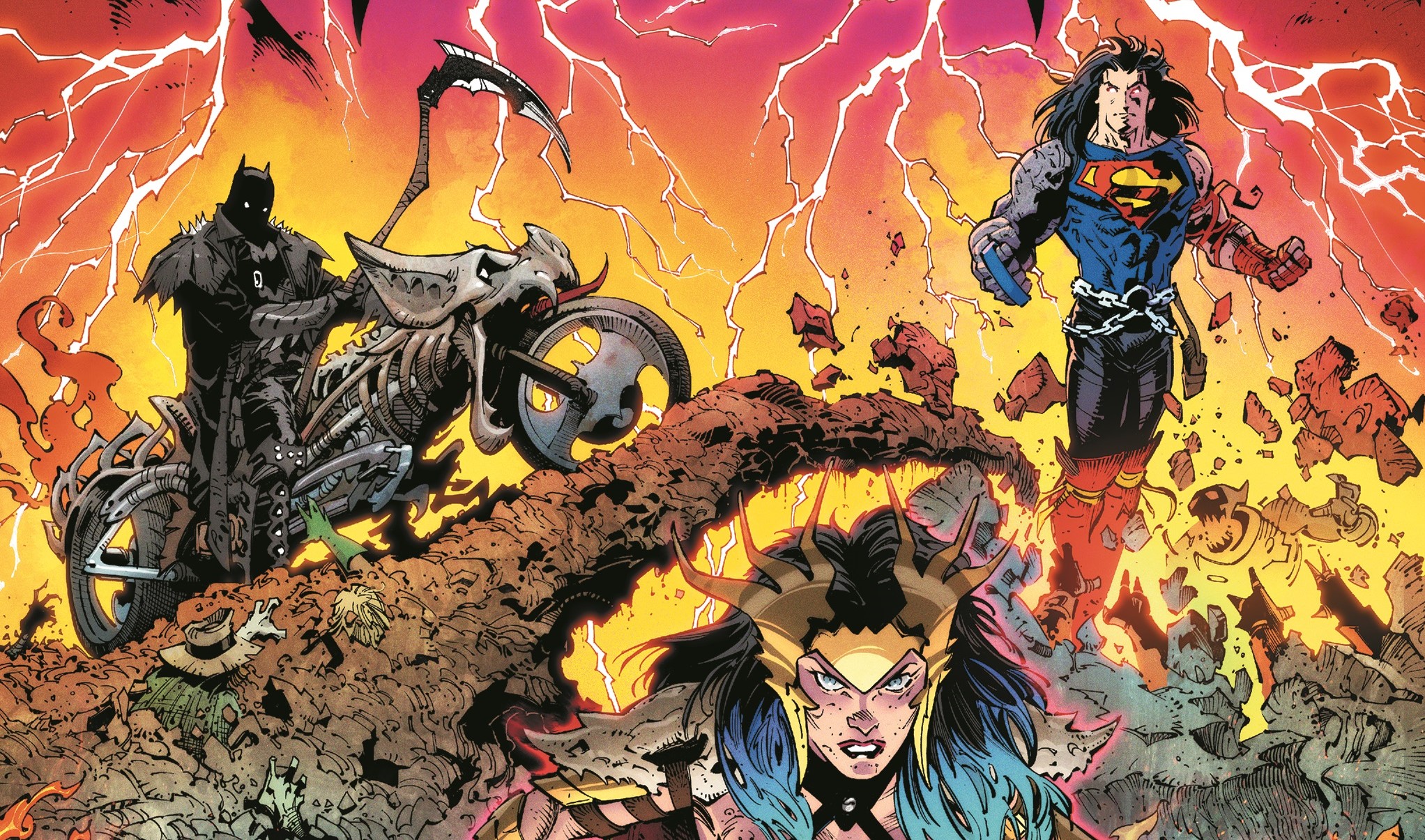 The Encore to the Universe Changing Series

As a sequel to their breakout hit Dark Knights : Metal, this Wednesday Dc Comics annouced their brand new series to premiere in May – Dark Nights : Death Metal.

The team behind the series are writer Scott Snyder, artist Greg Capullo, along with inker Jonathan Glapion, and colorist FCO Plascencia. While the series will include several “Metalverse” tie-ins/ Spin-offs, the main story will consist of six issues.

“I’d hoped that if people liked the first series enough, we’d have a chance to set up something bigger, and that’s our plan for Death Metal,” said writer Scott Synder. Synder expressed that there were plot threads left after the last event, and expressed intent to continue them in Death Metal.

This particular expansion of Metal will come out of the current Justice League / Year of the Villian miniseries headed by writer James Tynion IV. Currently, the Batman Who Laughs. has turned Shazam, Donna Troy, Supergirl, Blue Beetle, Hawkman, and Commissioner Jim Gordon into his dark lieutenants.

The Dc Article that announced the series gave the following synopsis ;

Some heroes, like Wonder Woman and the Flash, have made compromises as they negotiate to keep humanity alive in this hell-born landscape. Others, like Batman, are part of an underground resistance looking to take back control of their world. Superman is imprisoned, cursed to literally power Earth’s sun for eternity.

But a mysterious figure provides Wonder Woman with vital information she might be able to use to rally Earth’s remaining heroes to resist the Batman Who Laughs. Can the Justice League break away from the Dark Multiverse and defeat Perpetua?

Issue #1 will drop Wednesday, May 13 of this year. So what’s your opinion on this series ? Are you hyped or is it old hat ? Let us know in the comments below !

Charmander Light Is Here To Guide You