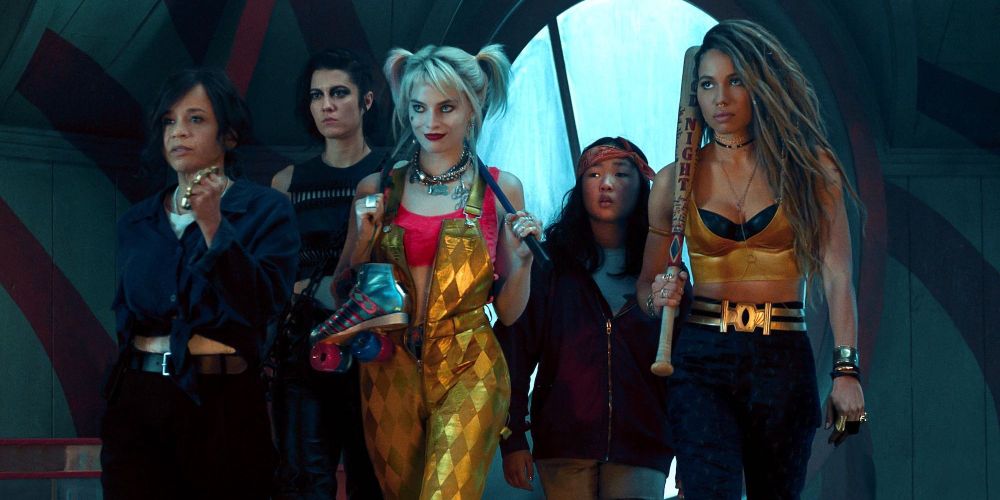 Birds of Prey Bops as a Fun Celebration of Personal Liberation

The Road to Independence is Filled with Dynamite

“A Harlequins role is to serve, it’s nothing without a master, no one give two shits who we are beyond that.” It’s here that the film sets up its main obstacle.

Who are we without the value assigned to us by others? With those in power deeming us to be lesser than them, should we just play our role as a background to their adventure?

But the answer to this idea is in the title : emancipation . The idea of emancipation is the thematic crux of BOP, where each character seizes their own idea of liberation.

While this film has some quirky / playful moments that can throw off the flow of the film, BOP is a structurally sound movie.

Margo Robbie does a fantastic job, from the physicality of the role to the expressions she nails, and is a solid leading lady. As each character is introduced the need for more character exploration pokes at the audience. And as great as Harley is, the other members of Birds of Prey really help to add variation and flavor to the films experience.

Jurnee Smollett-Bell’ Dinah Lance has this very real reluctance to get involved in the situation is set up really well, though it loses some impact by being hinted at rather than explored.

Ella Jay Basco’s Cassandra Cain and Mary Elizabeth Winstead’s Helena Bertinelli are both victims of circumstance who try their best to navigate their trauma through thievery and revenge respectively. And Rosie Perez’s Renee Montoya is a cop pushed to the brink when all of her work is ignored and becomes the cause of her suspension.

While there’s subtext of Chris Messina’s Victor Zsasz romantic interest in Ewan McGregor’s Roman Sionis come off as one sided and is this interesting reflection of Harleys and Jokers relationship.

But while Harley was more dependent on Joker, Zsasz encourages Sioni’s sociopathic tendencies which feeds back into Black Masks self Centeredness. With there being no real resolution to their relationship, we are again teased with information rather than fully exploring it.

Action scenes are spread out throughout the film, all either helping to move the plot along or adding flavor to its scene. While most of the action is done by Robbie, the group fights are really entertaining.

The Feminist Aspects of the Film

The film manages to address feminist themes of misogyny and sexism clearly and as subtext. While nobody blatantly yells out ‘ You treat me bad because I’m a woman’, this sentiment is woven into the characters.

While the message of independence and resistance is directed at women, anyone who’s felt marginalized by a powerful entity will appreciate this film. Watching a tragic, yet objectively bad, person take life back into their hands and push towards indepence can really be inspiring.

If there are issues with the overall film it is on the ‘quirky’ story beats and that can sometimes throw the film off. You can make the arguement that these moments are representaive of Quinn’s own fractured psyche but they can be a little off putting.

So if this article peaks your interest, we encourage you to think for yourself, form your own opinions and see the film for yourself.

What’s your thoughts on the film? Do you love it or hate it ? Let us know in the comments down below !