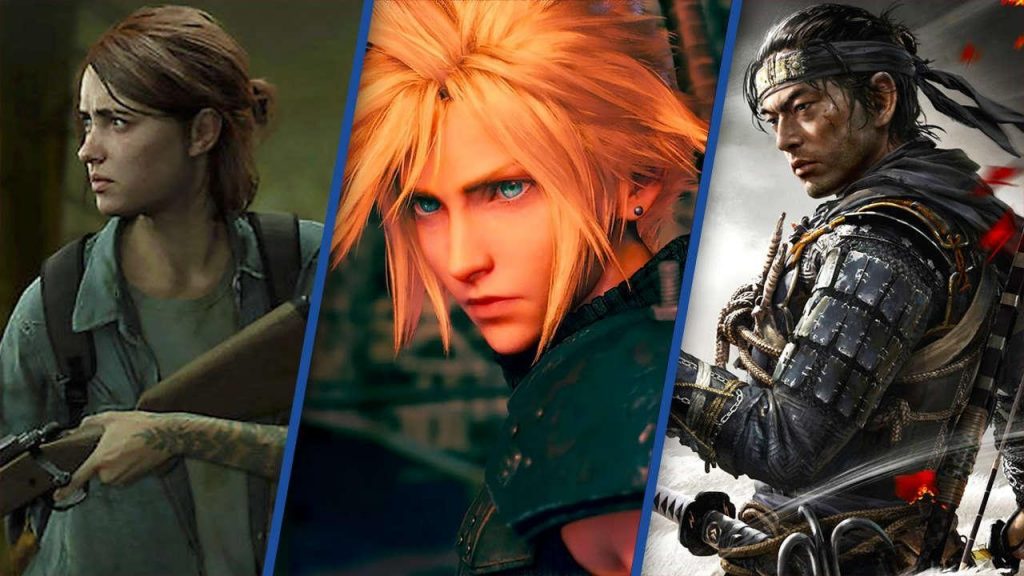 There is no doubt that computer games are awesome and very popular among different age groups. And, as the years come and go, there is an invention of new games. With new game inventions from Microsoft and Sony, 2020 will be a bumper year. Additionally, Stadia, Google’s cloud-based will be rolling out more games. Hence, there are numerous sequels to wait for this year to some big computer games hits such as Red Dead Redemption II and Overwatch among others. And, below is a list of the most popular 2020 video games you cannot afford to miss.

Minecraft is one of the most popular computer games in 2020. Created by Markus Persson, this sandbox game had its release by Mojang to the public in 2011. When playing this game, you have to build things with an array of 3D building blocks. Additionally, it allows you to explore, collect resources and engage in combat. The purpose of this game is to engage your mind and to examine how good you are at dealing with puzzles and traps. Such a game is beneficial in enabling you to test your problem-solving and decision-making skills.

Grand Theft Auto is a must-play game in 2020 due to its action-adventure theme and features. GTA had its release by Rockstar Games in 2013, it does not need any introduction. In these games, you play as a criminal whereby you commit heists and evade the government as well as police officials. You can play this game either in the first or third-person perspective. And, this game grants you the freedom to move around on foot or with the automobile you want.

Many people who play this game find it hard to stop as it is very addictive. And, students who play this game often do not complete their assignments on time. So, the majority often wonder how they would go about it and still get to play GTA. Well, if you are one of these students, do not let the pressure of completing your academic writing assignments trouble you. You can visit a professional and reliable essay writing service and get help from the team of experts.

Fortnite is a shooter survival game that you play online. It had its release in 2017 by Epic Games. Fortnite is one of the good games to play in 2020 as it comes with three different modes which you can select from: Creative, Save the World, and Battle Royale. Most Fortnite players are familiar with Battle Royale and Save the World.

Battle Royale generates more than 120 million players in a span of less than a year. And, this is one of the best computer games that you have to play in 2020. Furthermore, in the recent 2019 Webby Awards, Fortnite was able to scoop the ‘Best Multiplayer/Competitive Game Award.’

Tom Clancy’s Rainbow Six Siege also falls under the category of the most popular video games in 2020. It is one of the games that is super addictive and very difficult to put down. You can choose to forego meeting up with your friends or postpone doing your assignments so that you can play this game. It is an online tactical shooter computer game that had its release in 2015.

Tom Clancy’s Rainbow Six Siege had its development by Ubisoft Montreal and publication by Ubisoft. When playing this game, you are either a defender or attacker in distinctive gameplay modes such as rescuing hostages or defusing bombs. There are no ideal campaigns that you have to work through. Nonetheless, there are some short missions on the game that you can play alone.

This game had its development and publishment by Rockstar Games and its release in 2018. You can play this western-style action and adventure game on Xbox One or PlayStation 4. Red Dead Redemption is the third game in the series of the Red Dead Games after the 2010’s Red Dead Redemption Game.

As a player in this game, you take the role of Arthur Morgan, a Van der Linde gang member. While dealing with the demise of Wild West, you need to ensure that the rival gang members, as well as the government officials, do not kill you.

The adrenaline rush you get when playing this game can make you forget about managing your academic writing tasks. But, when you ask for write my essay assistance, you will indeed get it.

Overwatch is also one of the best video games to play in 2020. This team-based multiplayer first-person shooter game has one of the best computer games developer and publisher, Blizzard Entertainment. Since its launch, Overwatch has been able to generate more than 40 million players.

As a gamer, you have to choose one roster from a set of 30 distinctive characters and after you get split into six teams. Your goal as a team is to defend the various control points while moving shipment across the map within the time offered. Also, while playing, you can receive cosmic rewards.

This is an online multiplayer game with epic magnitudes. Understanding this game is easy. It involves around one hundred players dropping into parachutes. After, they battle it out until one man is left standing. While playing, you can forage or hunt for weapons and other tools to guarantee your chances of success.

But, there is no place to hide as the game’s design is to continue reducing the safe area for you thereby forcing you to battle until the death. This game is one of the best to play in 2020 as it is one of the most popular ones. And if you have short deadline assignments to work on which may hinder you from playing this game, consider asking for assistance from a resume service.

Call of Duty is the only game to be set in a World War. It is a first-person shooter game that requires you to complete the mission and play multiplayer battles online. It is one of the best video games that you can play with your friends and enjoy yourselves. If you have an interest in it, you can get it on Microsoft Windows, Xbox One, or PlayStation 4.

About the author: Allen Cranston is an analyst and resume writer. Allen committed to helping talented professionals show the world what he is truly capable of. Since launching in 2012, Allen has helped over 4,000 job applicants land their dream jobs for resumethatworks.com. He is constantly looking for new ways to help people achieve their career goals.Facebook, Twitter