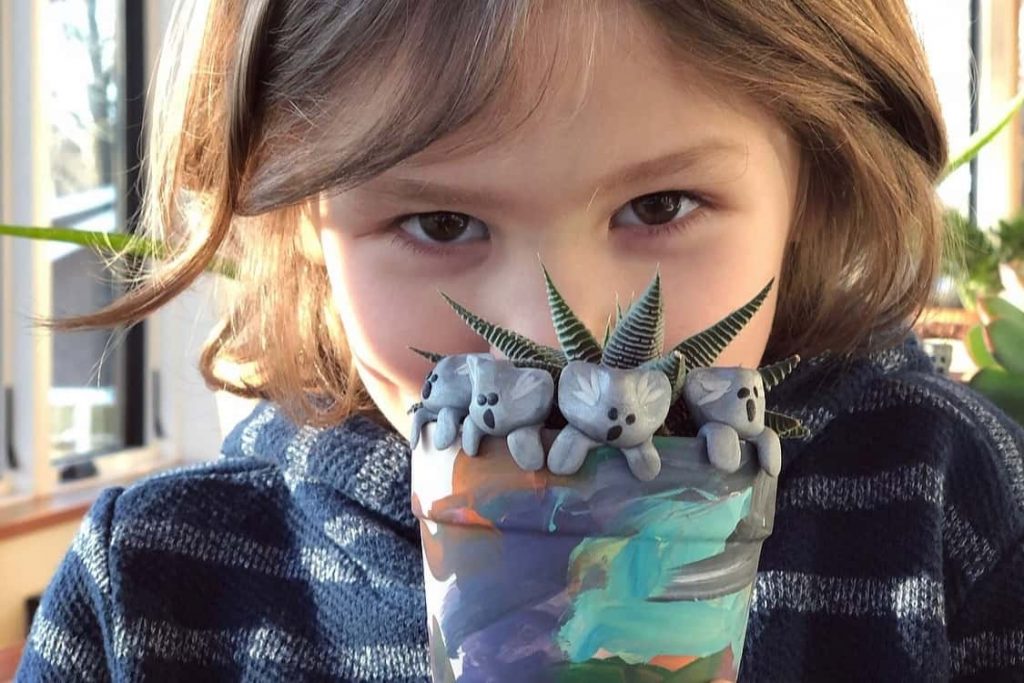 As we all know the world is crying right now because Australia has been on fire. Until recently More than 10 million hectares (100,000 sq km or 24.7 million acres) of Australia has burned. And while our hearts ached and cried out for everyone affected along with the animals that have lost their lives the world has come together to try to do something to help.

Canada and the US have sent firefighters over to help with the flames that were engulfing the country. Numerous people have even taken to social media to try and raise money to help those affected. But one of them that caught my eye was none other than a little boy from Massachusetts who was only 6 years old. And he helped raise over $100,000 for the Australian fire relief and all he did was make little clay koalas.

Owen Collie it’s from Hingham Massachusetts when he heard about what was happening in Australia he was incredibly upset when he learned of all the animals who had sadly passed away. He drew pictures of kangaroos, koalas and even dingoes standing in the rain hoping and wishing that there would be rain and relief for the country. But then Owen decided that there was something more he needed to do, he has a hobby of making figures or anything from his imagination from clay. And so, he started making clay koalas by hand. He sent them out to his friends and family asking if they could make a little donation to the Wildlife Rescue South Coast (wildlife rescue group in New South Wales.)

and so with the help of his parents he would give out koalas to those who donated more than $50 towards the wildlife rescue South coast. Incredibly he is made over 55 clay koalas and raised over $138,000.

Interesting enough Cohen’s father is from Australia, he grew up in the suburbs of Sydney. So the boy has a special connection with Australia, he even live there for a small time when he was just a toddler though he doesn’t quite remember it.

Each koala takes about 3 to 4 minutes to mold using a silver sculpey clay for each koala. Then with the help of his parents he bakes them at the oven at 275 degrees for about 17 minutes.

“We’re seeing all of the donations coming in and we’re like, ‘Oh my gosh, we don’t have the clay.’ We have every intention to fulfill every koala, it just won’t happen by tomorrow. It’s a 6-year-old using his little hands to make the spaces and the ears, so it does take time,” his mother explained. “Anyone can make a difference and when we come together we can make an even bigger difference. I just love the idea that maybe other kids can take this to their communities and sell little clay koalas locally and raise money for this great cause,” she added.

And when you donate to his cause you can special handwritten note from Owen himself.

If you wish to make a donation, please follow the link