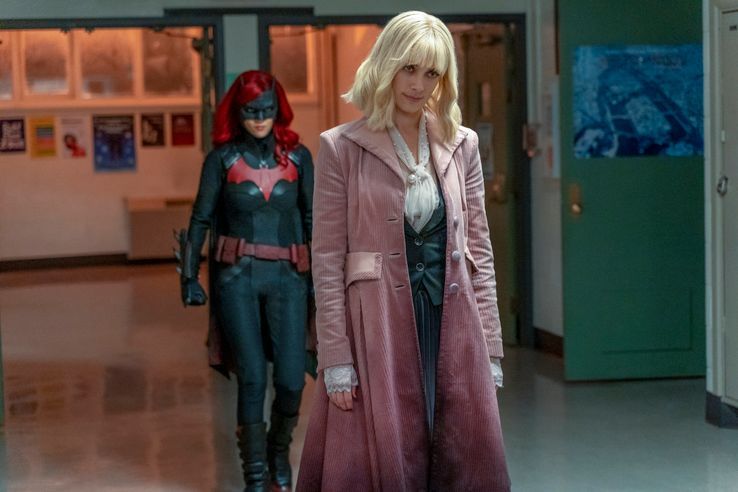 Kate Fights A Cyberterrorist On This Weeks Batwoman

A new world but same problems ! It’s episode 10 of Batwoman and even after surviving a multiversal apocalypse, the amount of problems haven’t gotten any smaller.

Can Kate Take Down this weeks new problem ? Or is it finally just too much for her ?

The episode opens up simple villain of the week / Alice story, with the changes from the Crisis taking a backseat.

If theres an emotional focus of the episode it’s the relationship between Kate and Mary. Kate’s leniency on her twin has contributed to the death of her stepmother, and while Mary does care about her sister it’ll take time for her to truly forgive Kate.

This weeks villian is a cyber terrorist, who’s motivation works but character is a bit miscast in the role ( age wise). And Alice’s eventual involvement in the plot serves to widen the gap between Kate and herself.

The roles have reversed between Alice and Kate, with Kate trying her best to detach herself from her twin while Alice attempts to bring her into the fold.

The queer narrative here, while silly at times hits hard. Its address of Queer representation as heroes is fourth wall breaking. Batwoman comming out, to inspire others and to solidify her own confidence, serves as a reminder that Batwomans Lesbian representation matters

The series Needs to focus on more action and bat specific situations. The emotional story lines have been executed pretty well , so focusing on the action should be the next step.

The cliffhanger is genuinely shocking, but whether it’s a result of the Crisis or just another twist in Alice’s plan will determine its weight.