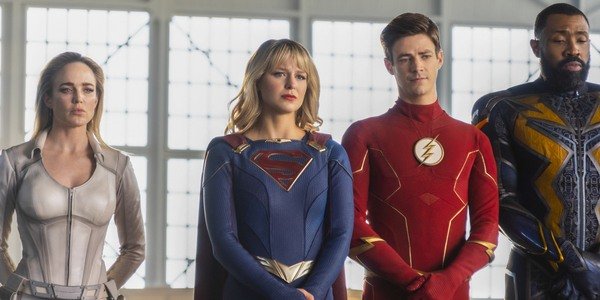 The Arrowverse Has Been Reborn, Stronger Than Ever

When the Crisis On Infinite Earths event was first announced, there were only two outcomes that would come from the aftermath – Either the Dc TV universe would become stronger because of it or the event would flop and be the harbinger of its end.

But As the universe was destroyed and reborn, so was the heart of the Arrowverse. As Oliver Queen, the one who started this whole thing, gave his life; he reminded us all why the the universe works and why fans keep coming back to it. It has heart.

An Overview Of The Event

10,000 years ago, Scientists from planet Maltus try to transport to the birth of the universe – an experiment which goes wrong and exposes the multiverse to the Anti-Monitor. The Anti-Monitor then goes to destroy the world with a anti-matter wave, with his only opponent being the the Monitor( the explorer who helped to bring the villain into the world).

In this five part series ( this being the sixth annual arrowverse event) our band of heroes take on the destruction of the multiverse. The crossover itself including many properties/actors from the Dc pantheon; from film to the small screen.

The crossover illuminates the best and worst these type of events has to offer. The strength of it’s characters, themes and joyfulness . With the worst being its small budget and uneven writing / pacing.

Crisis fully embraces the duality of ridiculousness and horror that comes with a comic book event. While billions will die and suffer, the first and only line of defense are leather costumed late 20 year olds with issues.

The representation of heroism and the aspects of humanities core values are on full blast during the crossover. Fully displaying the powers of the individuals and their heart and soul, rather than their superhuman abilities are the core values that are propagated here.

Fan service here, literally serves the plot as the dozens of cameos littered in the event brings such joy to it’s fanbase. From the DCU shows, to the older films, the Ezra Miller cameo to the Kevin Conroy appearance ; Dc’s multiverse of shows really shined.

When you’re working with a tv budget, the production of the work needs to be carefully worked out. And on a show where people fly, fight giants, shoot lasers and fight shadows ; they do their best with what they’ve got. while there are quite a few moments that look really smooth, it’s clear that the action is reliant on a budget rather than the writing.

These crossovers often lose steam during the middle of itself. They start of strong, and then tend to lose energy as they progress. Several of the events that happened in the second and third episodes could’ve been consolidated into their own. E.g. the finding of the paragons in one episode, and Oliver Ressurection / cannon destruction in another.

And because of this , many character and details were either glossed over , ignored because of the limited amount of time they had. An example being Cisco being given his powers and nobody really reacting or lack of inclusion of dozens of other heroes that could’ve been useful. But you can’t pay every actor to be in everything and any repercussions of characters actions will be explored in their own shows.

The fights need to be worked on. While the lack of visual effects are understandable, seeing combat heroes just repeat the same moves over and over again is disappointing. The CGI is about as expected, serviceable if a little distracting.

While other crossovers had specific little fight scenes, this one had little variety. You could’ve confused the first shadow demon fight with the last one.

There are some moments that could’ve been way better ( e.g. having an actual fight between Kate Kane and Bruce and the environment of the dawn of time) but it all works within the limited scope of the show.

The crossover may have suffered from the same issues that have plagued the series since its or Origins, it managed to remind audiences of its heart and soul that resides within it.

So what did you think of crossover ? Did you love it or hate it ? Any favorite moments or was it just too messy for you ? Let us know down in the. comments down below !

You Can Now Get An Inflatable Pub For Your Next Party