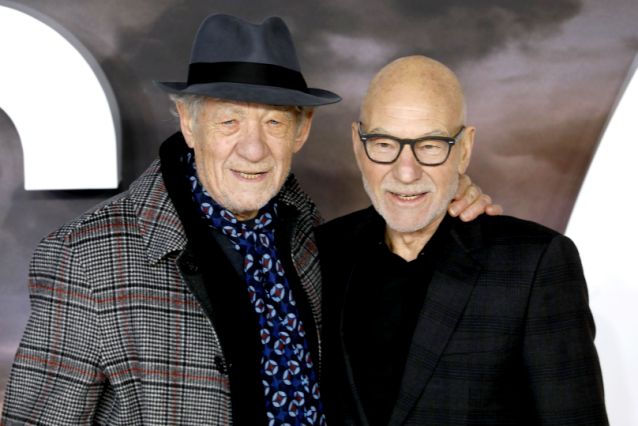 Sonny and Cher, Sonic and Tails, Joey and Chandler, all of these are just a few of iconic pairs. And only one pair that will forever trump all, I’m talking about Patrick Stewart and Sir Ian McKellen. These two have been inseparable since they first worked together on X-Men. And have since formed a bond stronger than titanium.

Here they are posting at Coney island.

Hell they are so close that Ian even officiated the new temples between Stewart and his wife. last night on January 15th was the premier launch party in the UK for Patrick’s newest series Picard (the series picks up after Picard steps down) and true to their bromance once those two locked eyes they each made a beeline for each other.

Even though Stewart lives in New York and Ian lives in the UK they’ve always make time for one another. The new Amazon prime series Picard launches this month.