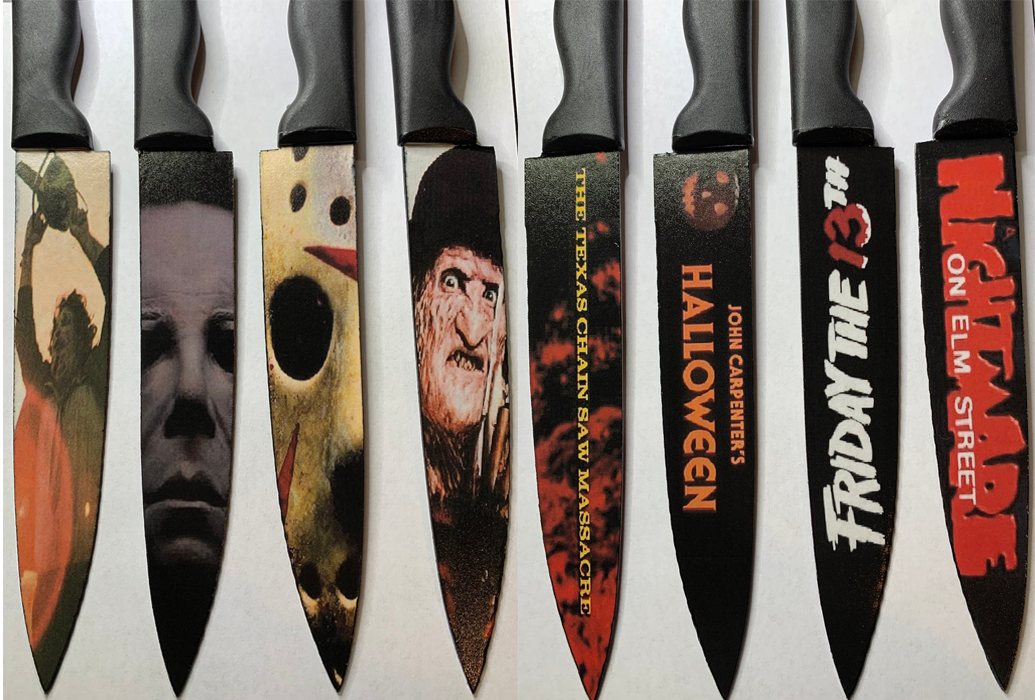 Time to throw out those boring old regular knives because we just found probably the best set ever. Featuring all your favorites from Nightmare on Elm Street, Halloween, Texas Chainsaw Massacre and Friday the 13th are these beautiful knives you can get on Etsy. Made by DeadDaveDesigns each knife features the main character of each respective film.

This kitchen knife is designed after the 1984 movie A Nightmare On Elm Street. Freddy Krueger on one side and A Nightmare on Elm St title card on the other.

While the artist says they aren’t for use in the kitchen, they are all made from real kitchen knives. So that means you can get one of those cool magnetic strips and at least show them off! These would make a great gift for any horror buff or a great collectors item for yourself. Check out more details on DeadDaveDesigns Etsy listing! These will run you $75 but you get all four. He also makes knives from movies like Candyman and Saw, so if you wanted to have him customize a set just for you that’s totally possible.

‘Watchmen’ Creator Not Interested in Making Season 2, Much To Our Disappointment