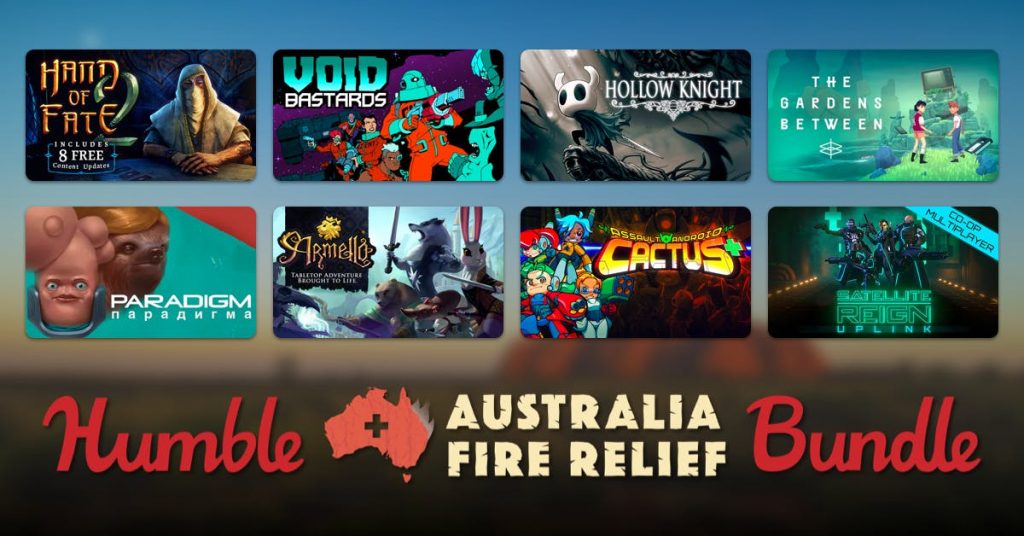 Help Support The Australia Fire Relief Through Humble Bundle For $25

Australia has been suffering it’s worst bushfire season yet, with fires burning 26 million acres, destroying 2,200 homes, and claiming at least 28 lives. Firefighters have been flown in from all over the US to lend a helping hand in putting out the flames. As gamers, and more importantly a community, it’s time to do our part.

Humble Bundle has teamed up with various game developers, companies and charities to create a game bundle that supports the Australia Fire Relief. Generally, Humble Bundle donates 10% of sales to charity (and buyers can choose to donate more) but in this particular situation, 100% of sales will go directly to support the fire relief.

Great! Where Can I Do My Part?

Head over to the Humble Bundle website, and donate a minimum of $25 to get this very important bundle! Games included are:

“This special one-week bundle features over $400 in incredible games for just $25. 100% of the proceeds from your bundle purchase go to help the wildlife and animals affected by the Australian bushfires.” – Humble Bundle

As gamers, we are a community. As a community, we are a family. A family that has raised money to support charities over the years to fight breast cancer, hunger, homelessness and more. Let’s do our part to help the wildlife in Australia and the people dealing with such a tragedy.