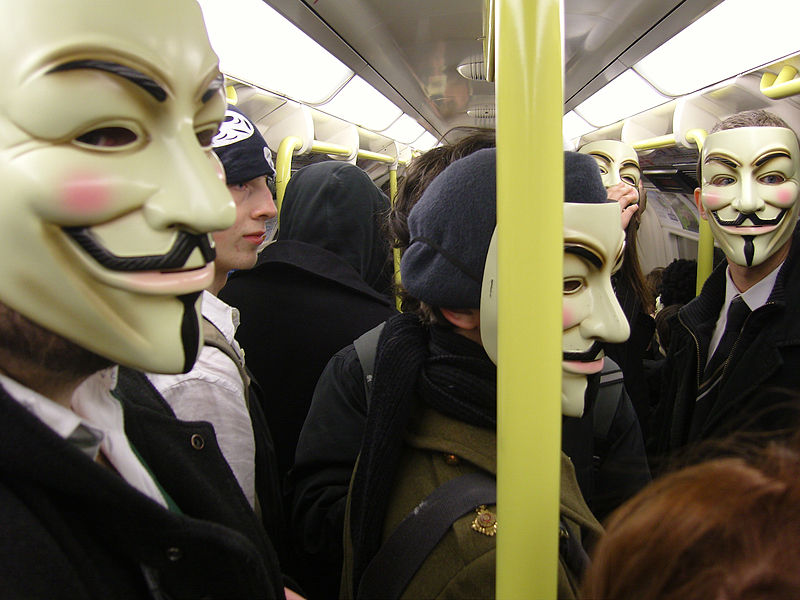 Hackers in Film Versus Real Life

Although the so-called World Wide Web first entered the public sphere in 1990, hacker movies have been around since the late 1960s. Some of the earliest films to feature hacking and/or computer programming, in general, include The Computer Wore Tennis Shoes and The Italian Job, both released in 1969. The latter film tells the story of criminal mastermind and ex-con Charlie Croker (Michael Caine), who mobilizes a group of hackers to help him steal a large quantity of gold.

The Italian Job is widely revered as a modern classic and remains a strong influence on the general public perception of hacking into the 21st century. That is, hackers are typically seen as a public nuisance, either criminals or anarchists bent on hacking the system. TheHackerGiraffe is a prime example of nuisance based-hacking.

In late 2018, TheHackerGiraffe took charge of around 50,000 home printers using PRET, and encouraged those who were hacked to subscribe to Pewdiepie’s Youtube channel. Few can argue that TheHackerGiraffe’s actions were indeed a nuisance.

Of course, the online collective known as “Anonymous” doesn’t help in the realm of public perception of hackers, either. Since the group’s unofficial formation in about 2003, Anonymous has repeatedly pranked the Church of Scientology, briefly brought down PayPal, and participated in the Occupy Wall Street protests. Anonymous and similar groups are considered “hacktivists.”

Yet Anonymous may not actually pose a real threat to society or anyone’s personal information, according to experts. In fact, cybersecurity expert Rik Ferguson famously called out the group in 2017: “Anonymous, by and large, is overpopulated by blowhard script kiddies who barely understand politics let alone hacking,” Ferguson said.

As we know little about the true identities of the Anonymous collective and other hacktivist groups, filmmakers are free to use their imaginations. Interestingly, however, portrayals of onscreen hackers and hacking scenarios are more accurate than you might think. Website owners and software developers may even be able to utilize ideas and concepts from films about hacking to better protect themselves and their assets.

An unsung gem within the hacking and programming communities, Hackers introduced the concepts to a wide, primarily young audience upon its release in 1995. Despite the laughable depiction of a “high-tech” data center’s server in the campy yet cool film, its behind-the-scenes crew actually consulted with real-life hackers prior to filming. One uncredited Hackers consultant was none other than Eric Corley, director of the nonprofit 2600 Enterprises and publisher of The Hacker Quarterly.

Of course, the team in Hackers, led by Crash Override and Acid Burn (Jonny Lee Miller and Angelina Jolie, respectively), are young, hip, and good looking. And despite its faults and abysmal Rotten Tomatoes score of 33%, the film is something of a cult classic within the hacking community. Perhaps that’s because the nitty-gritty details of cybertheft and hacking are much less glamorous and exciting in real life.

For starters, most hackers are actually much more threatening than most people realize. Cybercrime is a major global threat, resulting in an annual global GDP loss of roughly $600 billion, according to the University of North Dakota. On a global scale, only corruption and narcotics have a higher financial impact. The economic effects are a prominent part of hacking that audiences don’t really get to see.

In the aforementioned Hackers, the film’s main protagonist was a prodigy who hacked the New York Stock Exchange at the age of 11, just because he could. But in real life, hacking is much more purposeful and sometimes even malevolent. After all, personal data is worth a significant amount on the black market.

Health care data is especially coveted on the dark web, since it contains a wide variety of personal information from social security numbers to health insurance details. While personal data typically isn’t part of the stories of hackers on film, it’s a big deal in the real world. Health care organizations can reduce the risk of cyberattacks by simply using common sense, making sure to back up data, and following basic cybersecurity rules.

While it’s not in a healthcare setting per se, the business side of cybersecurity is on full display in the USA Network’s Mr. Robot. Academy Award-winner Rami Malek plays the title character, Elliot Alderson, who is quite possibly the most famous fictional hacker in America. By day, Elliot works as a cybersecurity engineer, protecting various businesses from online attacks. When not on duty, Elliot works to bring down corporate America using his awesome hacking skills. His double life causes plenty of moral dilemmas, and that internal conflict gives Mr. Robot a touch of realism that similar movies and shows typically lack.

How Companies Can Better Protect Themselves

Like Elliott, onscreen hackers are primarily portrayed as the story’s anti-heroes. As such, a nemesis is required to help fuel the plot and create conflict. In general, major corporations typically serve as the proverbial “bad guy” in popular films and shows about hacking and cybercrime.

The negative portrayal of corporations and similar organizations in hacker movies and shows is extremely problematic. While it can be argued that major corporations sometimes promote income disparity and may prioritize profits over the comfort of its workers, hacking is not a viable tool towards equal rights in the workplace. In fact, a data breach can do more harm than good, as cyberattacks may result in compromised data, legal fees, and the need for more comprehensive security measures. The costs of a company’s extra protection are likely to be passed on to employees and customers alike, so no one really benefits.

What’s more, today’s most dangerous hackers are more likely to defraud individuals, spread propaganda, or infect computers with ransomware than they are to fight against the status quo. Hacking is an inherently selfish endeavor. And in that aspect at least, Hollywood tends to get hacking exactly right.