Australia’s Fires Can Be Seen from Space 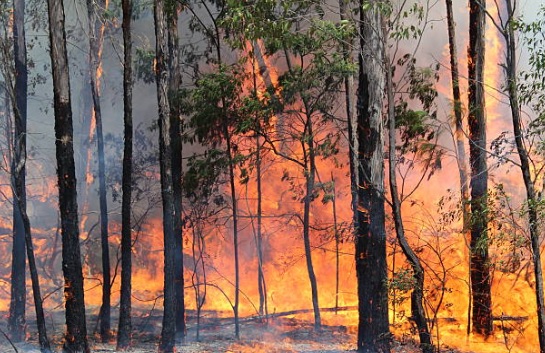 It's hard to imagine almost two years have already gone by since the fateful day word came...
Read more

We are so thrilled to report that Netflix and The Jim Henson Company are developing a young...
Read more

Australia is having a terrible year for wildfires. It’s one of the worst on record and is devastating to a continent that is experiencing awful drought and some of the warmest days on record.

Many of the worst fires are in New South Whales, surroudning the large city of Sydney in Southeastern Australia. But the fires have been burning around most of the country other than the extreme inland areas. Much of the areas where the fires are burning are forests or brush land, and the interior of Australia is desert. Desert rarely burns but dry, suffering forests certainly do.

From a satellite, you can see the plumes of smoke running up and down the coast and pouring into the atmosphere. Brushfires are normal, but the scale is unprecedented. A long, bad drought, extreme heat, and human interference is all tied to anthropomorphic climate change and is leading to one big, bad experience for the humans and wildlife of the continent. Oh, and winter here is summer in Australia… so, prime fire time. Some of the areas burning haven’t seen much – if any – rain since 2017. November was the driest month on record for parts of Australia.

Related  Coffee May Be the Trick to Fighting Type 2 Diabetes

Australia is on track to see 13 million or more acres burned this year. That’s like if half of the state of Ohio burned down. But fires also lead to mudslides, lost habitat, last homes, and decreased water and air quality. Most people can at least move or stay inside. Most animals are stuck.

Related  VICE's "Dark Side of the Ring," A Season 3 Wishlist

During these fires, hundreds of homes have been lost or damaged. Any as for the wildlife, in 1 24 hour period, 100 koalas died. And those are only the ones we know about. Here are some of the current numbers: 25 people have died, 1525 homes destroyed, over 400 million mammals, reptiles, and birds killed.

Koalas in Care: Non-profit that helps koalas and other Australian wildlife.

New South Wales Rural Fire Service: These are the folks literally on the ground fighting these fires.

Fireflies are under threat of extinction across the planet, but especially in the United States.
Read more

Want to stay good on your diet but you're seriously craving Pizza? This Norimaki Synthesizer might be the thing that gets you through the tough times.
Read more

How Do Astronauts Stay Healthy in Space?

Ever wondered how astronauts stay healthy in space? Here's a few of the ways they do!
Read more

A marine biologist and photographer has spent his whole life studying the ocean. He recently captured some extraordinary photos and video of a tiny vertebrate known as the sea angel.
Read more

Anthill Art makes some of the most beautiful sculptures by pouring molten aluminum into ant hills.
Read more

Solar and Lunar Eclipse Both Occurring in June

A new disease has been discovered that is highly contagious and incredibly deadly for rabbits. It's the first time we've seen a disease like this in California and it could devastate our wildlife population.
Read more

The Sun now in "solar minimum" NASA scientists fear we could have a repeat of the Dalton Minimum which lead to freezing weather, famine and increased volcanic eruptions.
Read more

We are so thrilled to report that Netflix and The Jim Henson Company are developing a young adult animated series based on...
Read more
Celebrities

"Supernatural" is a fantastic (albeit formulaic) show that fills the void left by its predecessors while also paying homage to them.
Read more
Animation

Sir Ian McKellen. WHO, by the way, still very much wants to play Gandalf.
Read more

We are so pleased to share the news that the much anticipated historical NASA and SpaceX launch of the Dragon Crew Capsule...
Read more

After decades of failed attempts, part of the pavement and foundations of the Roman Villa located north of the capital, discovered by scholars over a century ago, has finally been brought to light.
Read more