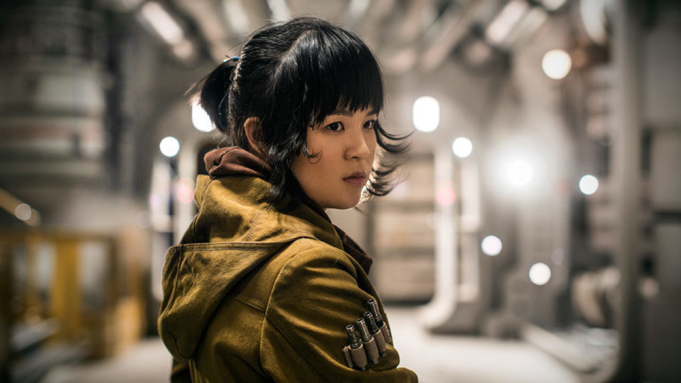 The Rise of Skywalker just hit #1 for the second week in a row at the box office. And many are questioning why Kelly Marie Tran’s character Rose Tico didn’t have much screen time. I myself wondered why her character didn’t have much screen time when I saw it opening night. My family and I even talked about it on the car ride home. And it turns out I wasn’t the only one who was left with questions.

The editor Mary Ann Brandon was claiming that there was too much to tell in such a small platform of time that it would have been drawn out and felt over-saturated. She answered our question but now we feel a bit like we got conned out of some really good character progression. She said:

“Our story is so chock-full of everyone and we have so many great characters, and [Rose Tico] included, and I don’t know if we could have jammed anything else, any more into the film,” Brandon admitted to ComicBook.com. “I mean, it would’ve been nice, but, at some point, we say, ‘Do we really want a three-hour film, or do we want an adventure and get out before we’re over-saturated with it?'”

But many are claiming that the unseen footage shows Rose with General Leia herself. And many are speculating that we might get more screen time of Rose. But that is still left to be seen, and there is no official confirmation.

“I mean, what would you have given up to put in, you know?” Brandon pondered. “Poe, Finn, Rey on an adventure, that makes sense. And then the two droids. You just start thinking about how many characters you’d be carrying constantly. Everything would dissipate.”

She added, “You couldn’t give enough equal time to everyone. Something has to give.”

Unfortunately for Rose fans that meant her. And now there is a petition to release the J.J. cut which would be over 3 hours long. Could it be included in there? Or will Rose really be getting her own show on Disney Plus like people have hinted at?