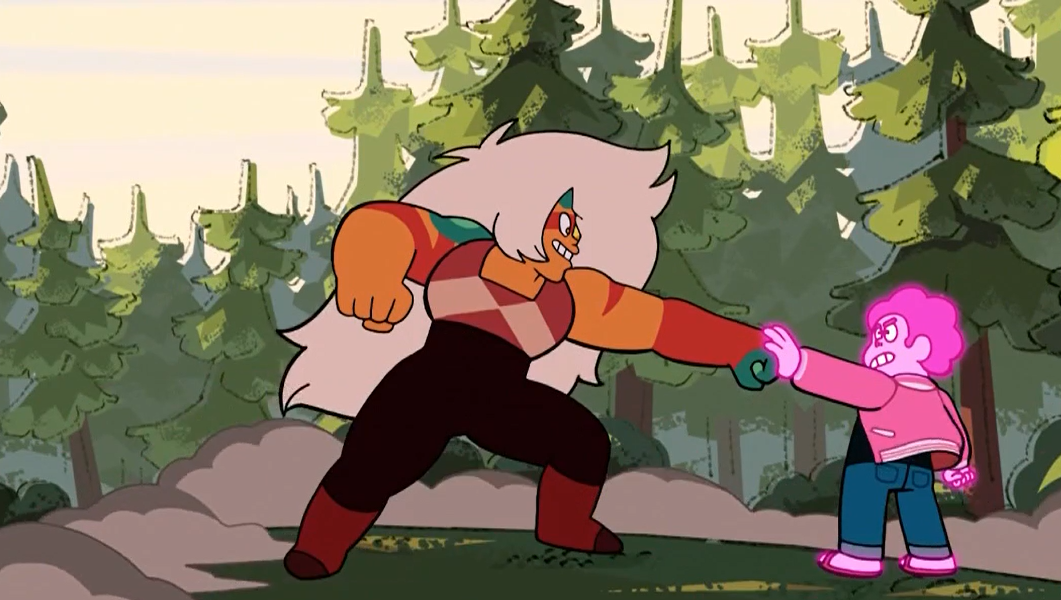 Here We Are In the Future !

Friday December 6th, Steven Universe Future hit cartoon network with a four episode punch ; with said episodes/show being the successor to the movie musical and series.

But out of the four episodes, what held up? And what are the highlights and low points?

Now this episode accomplished two separate goals : setting up Stevens Personal Struggle and to cement the current status quo. Steven has been through alot these past couple of years, and it seems that after dealing with everyone else issues, he’s ready to finally going to put his own issues to rest.

And while we got a glimpse of the shows setting in the musical, the focus is a lot more explorative in this episode, and the other three. And while ” Pink Diamond” is the enemy plotline is starting to wear out, the transition towards Steven Facing his own issues is a great eventuality. He’s been taking care of everyone else problems for the last couple of years, so the direction inward is the smart move.

If the last episode was to help reintroduce the world SU Future is in, then this episode is an example of the growth of the characters. This episodes example being Amethyst, one of the former immature members of the Crystal Gems.

It was a great example of showing how the gems can learn to, as species who lives decades, can adjust to life outside their set purpose. While the the feature of Stevens new power was interesting, it falls under the issue of his unexplained powers that seem to manifest for the sake of the plot.

Tying up loose plot threads are a main concern of the fans, which this episode presented some answers for. The human zoo, and the surviving Rose Quartz were featured, as well as another opportunity for Steven to relate to someone on how his mother has hurt them.

While the episode dives deeper into said feelings, its nothing we haven’t seen before. Although it was done through and interesting perspective.

This was the more dramatic episode of the four, delving a bit more into Pink Diamonds past and Stevens newfound rage/abilities. There’s also strong physically abusive relationship representation, that showcases the the typical emotional issues SU is famous for representing and confronting.

While this episode leaves more questions than answers, it ends on a somberfully hopeful note. With the overall themes being ; While recognizing and confronting the trauma ones faced, there’s always a path of healing and forgiveness. Which is a message the show has propagated since the beginning.

The four episodes do enough to grab its audience and remind them of the long running themes and characters that has made the show a fan favorite. While it’s a bit early to tell, the mix of everyday mistift leading towards events of self discovery, are fine episode structure.

So what’d you think of the episode ? Let us know in the comments down below!

The Wonder Woman 1984 Trailer Is Amazing

‘Meet Me in St Louis’ Returns to Theaters for 75th Anniversary