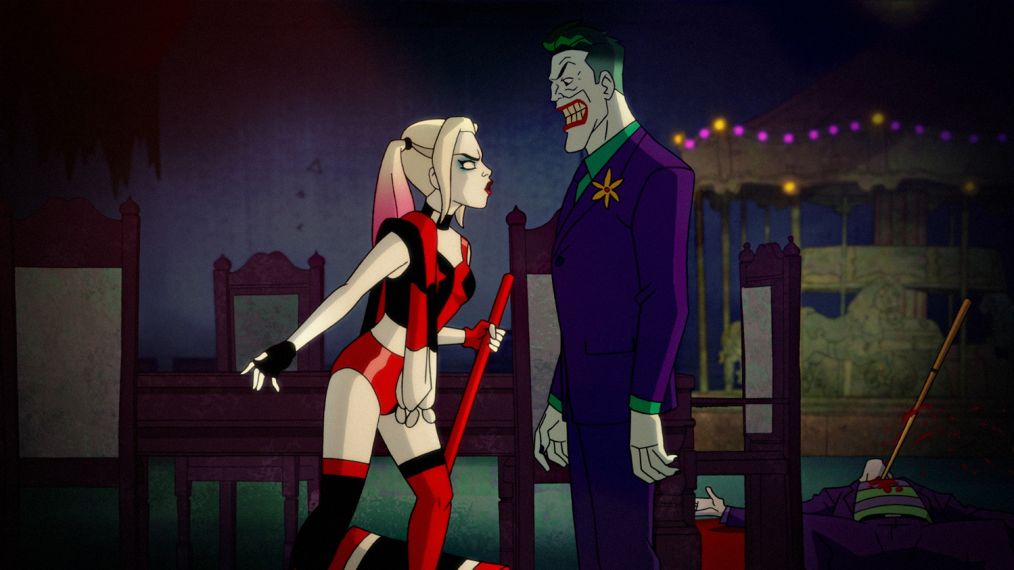 Since her conception, Harley Quinn has had a transformative history – from a domestic abuse story to a self empowerment one, Dr. Quinzel takes another platform to prove herself as the premiere supervillain.

This first episode, Till Death Do Us Part, acts as the setting catalyst of pushing the abused sidekick towards independence and greatness.

(Spoiler) In this episode Harley, through the help of Poison Ivy, realizes that shes In a loveless abusive relationship with Joker and Leaves him.(End Spoiler)

Its introduces the shows premise and characters while setting up a goal for its protagonist : To become Gotham’s greatest villain as well as a member of the Legion of Doom.

Harley Quinn has some fantastic moments in the episode, especially those that reference her time as an Arkham Doctor. But for now, it’s a wait and see for determining whether or not she can truly grow independent as a character.

And the show kicks this off with blood, violence, swearing and DC Lore references. The comedy is a blend of banter, visual gags, DC lore jabs and situational humor. The show assumes that its audience has basic DC, knowledge and doesn’t take time to explain some aspects.

But new fans of the characters/ properties can still understand whats going on, with long time fans just getting an extra layer of comedy.

This efficiency allows this episode to set up a great premise that feels somewhat rushed, but purposefully.

While the voice cast has yet to establish themselves as these characters, they do a fine work and will hopefully grow as likable as other DC VA alums.

So did you like the episode ? Let us know in the comments down below !