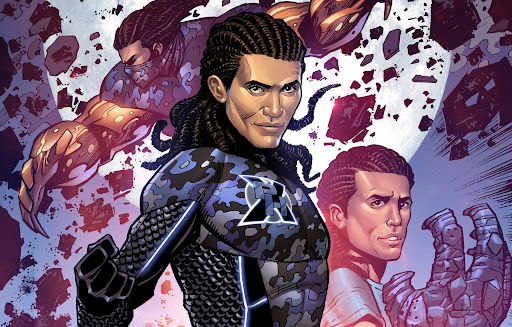 Actor, writer, and producer is there anything that John Leguizamo can’t do? Well there is something and he needs your help! Leguizamo has been inspired lately, and by inspired I mean by the younger generation of the Latin community. As such he wants to create a Latin superhero that reflects his inspiration.

“Being Latinx is being a superhero. They are go-getters, influencers, and they know they have to take matters into their own hands. And that is why I’m doing this comic book.” (Latinx is the gender neutral term)

His new superhero will be called Phantom X. His name is Max Gomez and he was wrongfully accused of a crime that he didn’t commit. Despite this set back he still uses his powers for good and helps out his community the best way that he can. “I want to show people that if you grow up underprivileged, that can become your superpower,” Leguizamo told NBC News.

“The guy is from LES, that’s the Lower East Side in New York City. And he grew up in the ghetto. He’s selected to be transformed into a superhero because he has all these street smarts. And they are going to serve the government well in fighting foes who are against America.”

Leguizamo has a strong team in his corner working with veteran Edgardo Miranda-Rodríguez who has a  widely successful comic series called, La Borinqueña it’s about a Puerto Rican woman who gets her superpowers through ancestral Taíno gods.

But they need your help to get this project off the ground, they hope that with crowdfunding they can get their idea off the ground and bring forth a new superhero!

Here are some proposed sketches below.