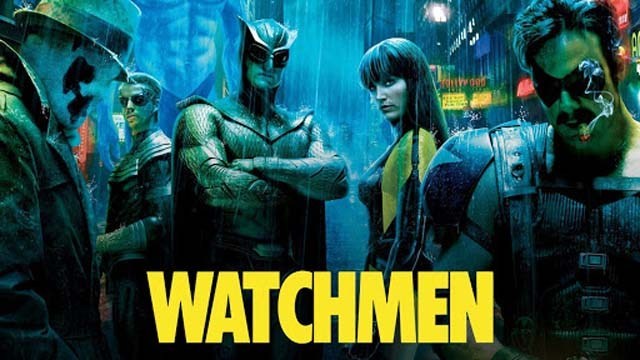 Check Out Footage From The Unmade Watchmen Movie

Hold up… there was a Watchmen movie that never got made?

Raise your hand if you are just now finding out. I know you can’t see me but I briefly stopped typing to not only raise my hands, but to also question my fandom of the Watchmen World. How did I not know about this?

Well I set aside the many questions I have right now to inform you that yes, back in 2003 a Watchmen movie was being developed. And reporting from Indiewire.com has revealed a brief clip of test footage writer slash director David Hayter made public via Twitter.

What you just watched was a young Game Of Thrones perpetual friend zoner Jorah Mormont (Iain Glen) as Dan Drieberg talking to a Ray Stevenson Rorschach who’s stuffing his masked face with beans. Though we don’t venture to the Nite Owl’s lair, the scene plays out similarly to what we saw in Zack Snyder’s version.

David Hayter cites creative differences between himself and the studio as the reason the project never got off the ground. Typical. It makes me wonder if he wanted to go the route of the Giant Squid Monster only to be met with rejection by the powers that be in Hollywood. Or maybe his version also horribly rewrote the graphic novel’s ending? Hayter is credited as a writer on Zack Snyder’s movie so your guess is as good as mine.

Wouldn’t it be crazy if Alan Moore actually endorsed the making of this movie?

I’m sure now that the news is out, Hayter will appear on a couple podcasts where he talks specific differences and if that happens, I’ll be the first person to report the details.

Until then, go watch HBO’s Watchmen.

How do you think the 2003 Watchmen ended? Let Nerdbot know in the comments!!