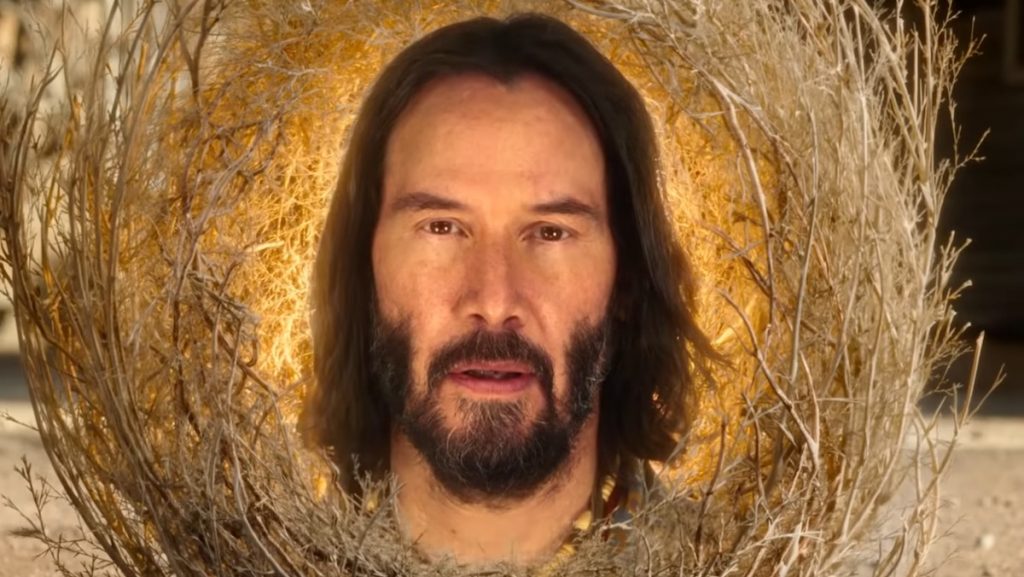 Keanu Reeves is a Wise Sage in The Next Spongebob Movie

Spongebob as a franchise is turning 21 years old. To celebrate they are putting out a third movie called Spongebob on the Run. The best part of all, at least for most of us is the fact that we not only get to take part in heavy nostalgia. But also get to ogle Keanu Reeves when Patrick and Spongebob encounter a wise Sage-Sagebrush along the way.

It’s the perfect role for him when you think about it. He is definitely the voice of reason and a very zen person to begin with. Hopefully in the film Spongebob takes what he says and retains the message. Hopefully…

The official movie synopsis is this:

“This Memorial Day weekend, SpongeBob SquarePants, his best friend Patrick Star and the rest of the gang from Bikini Bottom hit the big screen in the first-ever all CGI SpongeBob motion picture event. After SpongeBob’s beloved pet snail Gary is snail-napped, he and Patrick embark on an epic adventure to The Lost City of Atlantic City to bring Gary home. As they navigate the delights and dangers on this perilous and hilarious rescue mission, SpongeBob and his pals prove there’s nothing stronger than the power of friendship.”

Spongebob on the Run comes out in theaters May 2020. Will you be watching?