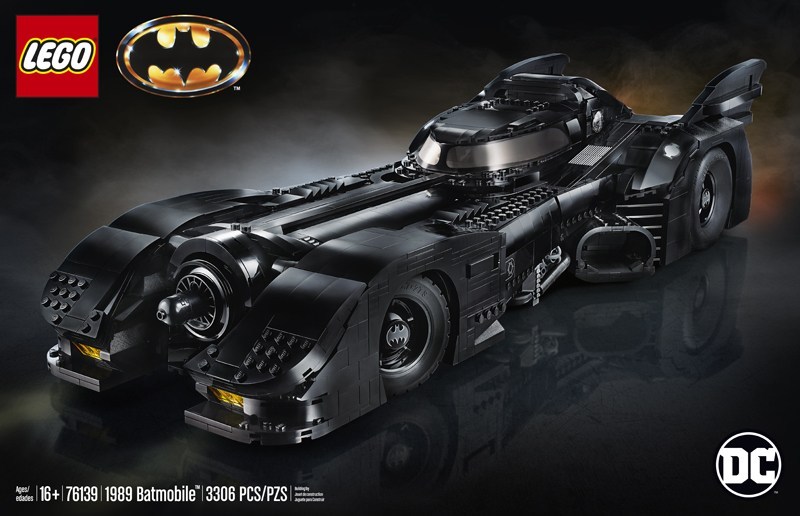 I figured I’d save you the time and get straight to the point! Yes we are finally getting a Micheal Keaton – Batman Minifigure!

Oh and A Batmobile too!

Who am i kidding!? The whole set is phenomenal and was just announced by LEGO today! 23” (60cm) long and 8” (22cm) wide. 3,300 pieces and includes never before seen minifigures:

And Kim Basinger as Vicki Vale

Lego has released its share of Batmobiles and Batman character minifigures in the past including the 89′ model we’ve known and love. Their approach this time was to create their largest version yet next to the The Dark Knight’s Tumbler released in 2014.

This new set includes a never before seen windscreen specific to this model! As well as lots and lots of black bricks although I doubt anyone will be parting this out any time soon! It’s just too darn cool!