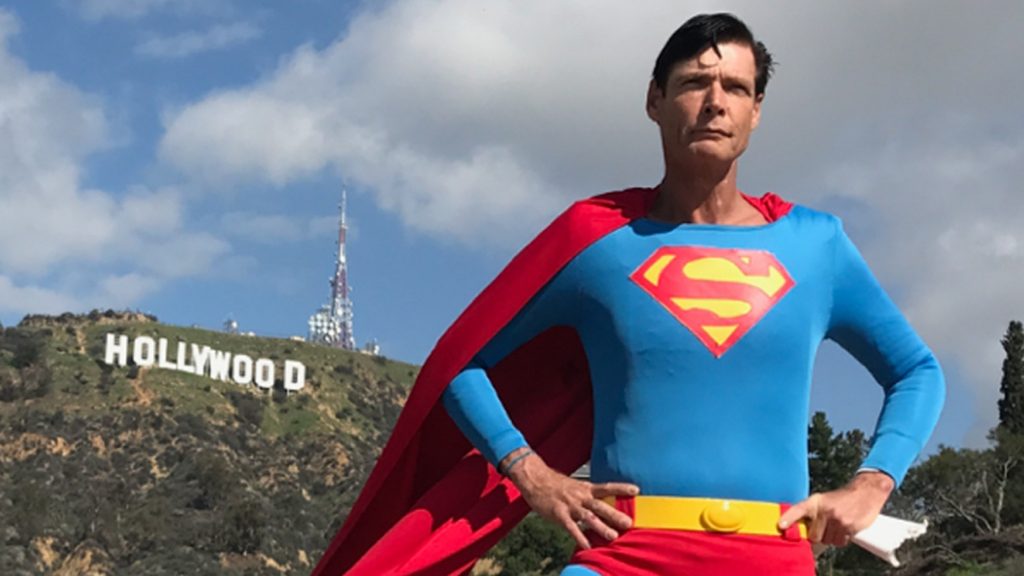 Christopher Dennis who was most well known for his portrayal of Superman on Hollywood Blvd for over 25 years has passed away. No cause of death has been reported at this time. He was 52 years old.

According to TMZ Christopher’s body was found head first in a clothing donation bin. He was found Saturday in San Fernando Valley. Authorities say that no foul play was involved and that it appeared that he was collecting clothes for himself.

He had a hard life, battling homelessness and abuse. He had many addictions including cigarettes. But when he was out as Superman he became the character. He never did anything where a child might see and he always portrayed Superman in a respectable way. It takes a lot to be able to portray a character like Superman. You not only have to look like him but you have to understand him. Christopher Dennis understood Superman down to his core. And while he had some private issues he never let them get in the way of his performance. He cared about how people saw him as the character and wanted to leave a positive influence on their lives, even if they only met for a brief moment. Only if they ever met just once.

Once when things were real rough for him they started a gofundme that amassed $8,000 when he was asking for only $1,000. He had been beaten by a group of people with golf clubs and his costume had been stolen. He was able to find temporary housing and buy a new costume continuing on his journey to be one of Hollywood’s most loved characters.

Before he had become homeless he was living in a trailer. He had a large collection of Superman Memorabilia which he then stored in a storage unit somewhere in Hollywood. He was tall and looked similar to Christopher Reeves.

The Guardian did a video on him a while back where you can get to hear him tell his story. The Joker is also included in this video, fast forward to one minute four seconds to see Christopher Dennis.