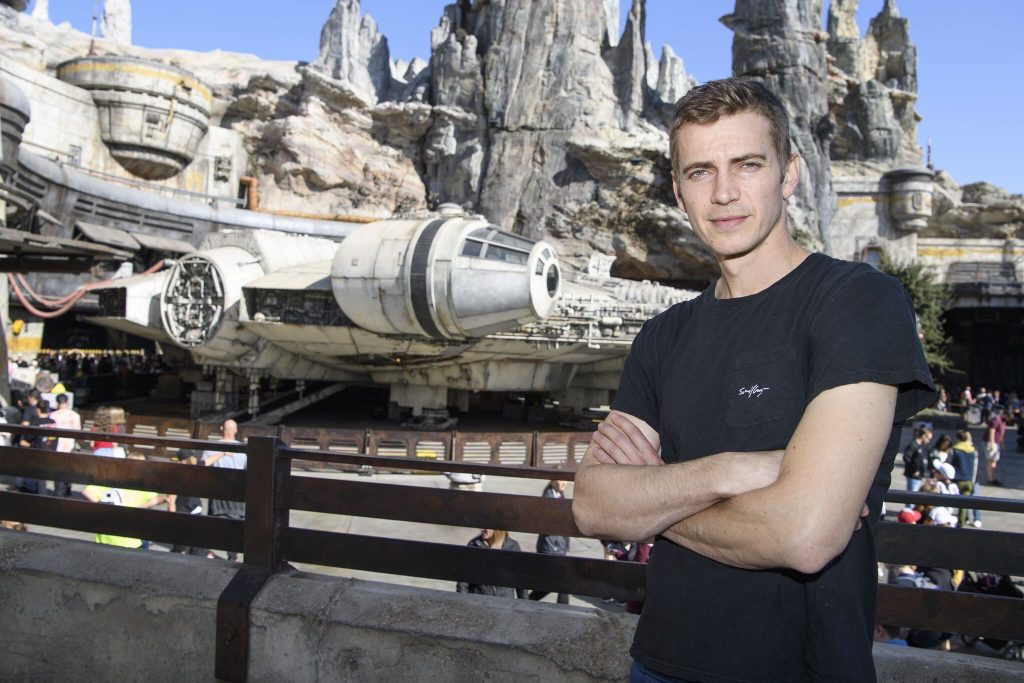 It seems like Disney sure is ramping up the excitement for the possibility of Hayden Christensen in Rise of Skywalker. Or at least that’s what this impeccable timing feels like. Yesterday Hayden was spotted at Disney’s Galaxy’s Edge enjoying a day out in the park. He even built a blue lightsaber!

Technically it could have been just a day out with his daughter but with all of the other conspiracy theories about whether or not he is in the film it sure does seem odd. They pulled a panel that he was going to do at FanX this year with Ian McDiarmid. In fact not just pulled but threatened legal action if it were to happen at all. So what we are thinking over here at Nerdbot is he is definitely in the film. Force Ghost style.

Do you think this is a clue into the upcoming movie? Tell us in the comments!