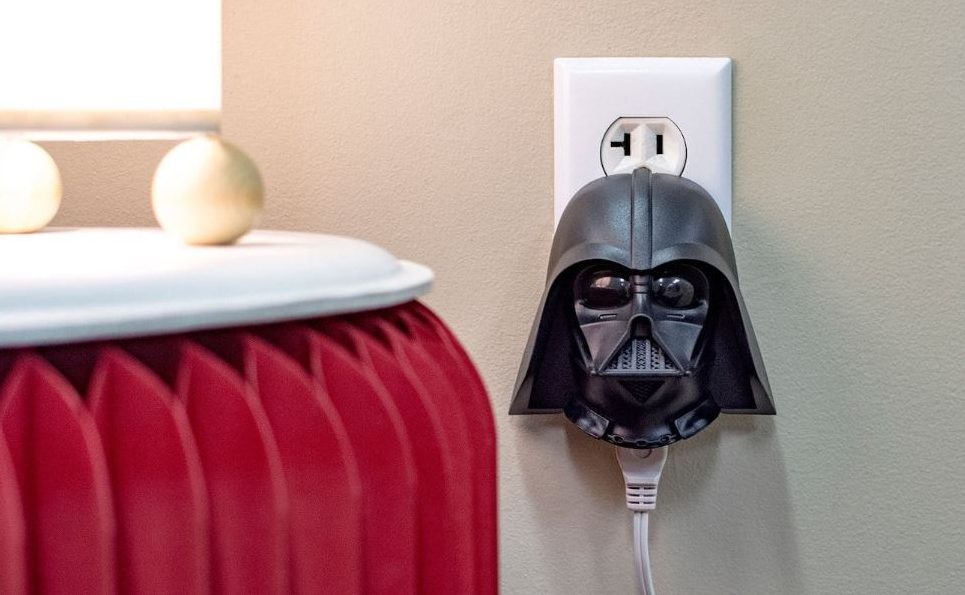 Whether you have Midichlorians or not you will definitely be able to feel like a Jedi when using this version of the clapper. Fun.com has a Darth Vader version that you can plug into the wall and depending on whether you clap on or off says different things. Making you feel like you are being one with the force.

VADER AT YOUR BECK AND CLAP

For a Star Wars fan, a most exciting (and maybe frightening?) thing to encounter in a dark room would be the raspy breathing and commanding tones of the sith lord Darth Vader. So imagine clapping your hands and having the lights to go the dark side or to the light, accompanied by Vader himself commenting on the situation. This Star Wars Darth Vader Talking Clapper brings your empirical experience to a whole new level! Clap on the light and Darth complements, “The force is strong with this one.” Clap the light off and Darth warns (appropriately), “You underestimate the power of the dark side.” Upgrade your light changing game with this Star Wars Darth Vader Talking Clapper.

When you clap on he says in his Vadery voice “The force is strong with this one”, and when you clap off he says “You underestimate the power of the darkside.” This clapper would be great to hook up to your Star Wars themed Christmas Tree or lights throughout the house. Whatever you choose to plug into it, May the force be with you!