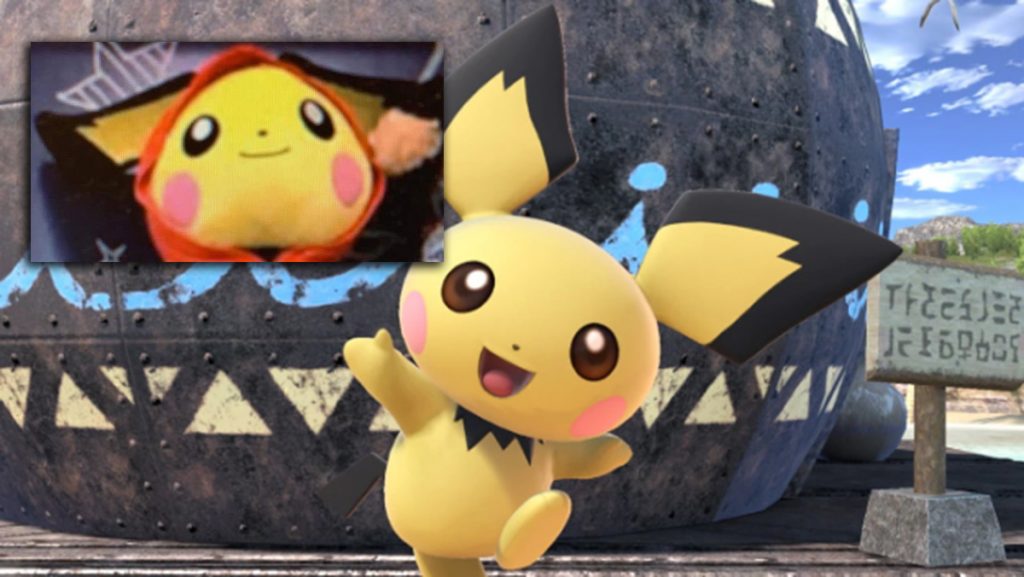 It had been announced that Build-A-Bear would be receiving a new plushie in their coveted line of Pokemon Plush. Earlier this week they hinted at an Electric Type that would be coming to stores. A very popular Pokemon expert did some digging and was able to not only confirm but get a picture of the new plush coming to stores soon.

The Pichu in the picture is wearing a hoodie that looks similar to some of the other Pokemon clothing that they offer. It’s super cute and will join a line of Eevee, Meowth, Pikachu, Snorlax, Snubble and more. You can also expect to get a Pokemon card with this new addition. If you would like to look at the current line of Pokemon Build-A-Bear you can do so by following the link here.

Do you collect any build a bears? Tell us in the comments what your favorite ones are!