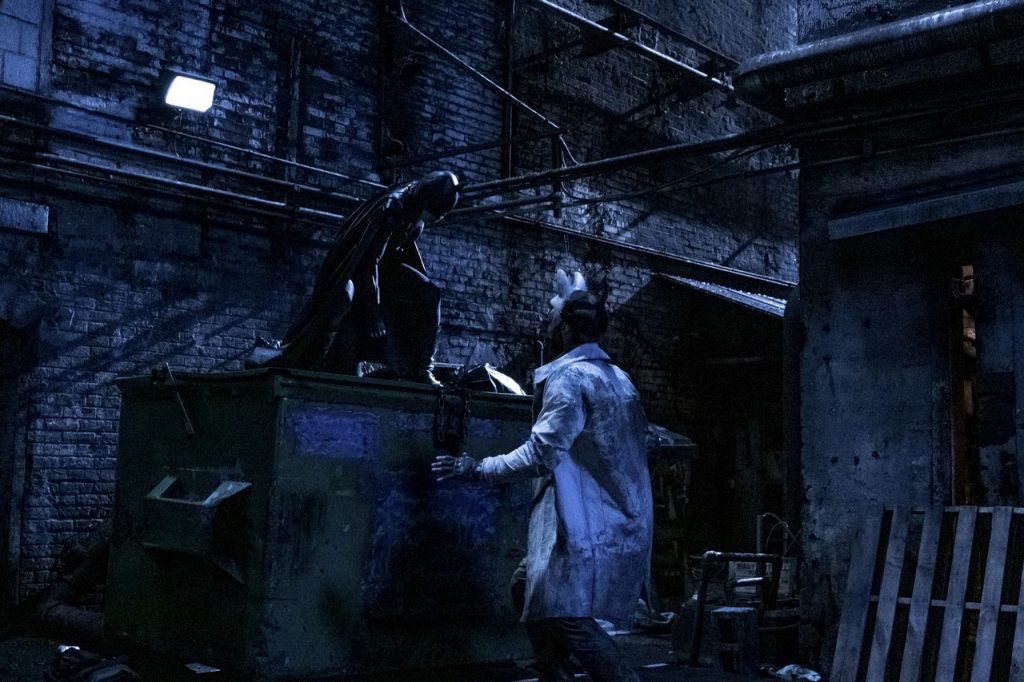 Can Batwoman Save Her Sister ? Nerdbot Reviews

Batwoman Takes A Stand Against Her Father

The second episode of this brand new series as Kate Discovers that The Leader of the murderous Wonderland Gang is her long lost sister. Can Batwoman save Alice from her father ? and more importantly, can she save her from herself ?

So Even though it’s clear that this going to be a trend, the ” trying to save her ” storyline between Alice and Kate could go either way. Now That we’ve set them up to be related, we need to learn how she survived. The Wonderland gang and its origins needs to be explored.

The surprise of Kate’s Stepmother being involved with ruining the genetic evidence is intriguing, but the payoff needs to happen soon or else it’ll be forgettable.

While the romantic tension between Kate and Sophie is interesting, Kate really needs to get over her. Yes there’s a lot of history there, but she deserves to move on and find someone else. Maybe Renee Montoya can show up and take her mind off of things.

Even though it’s being filmed in vancouver, the production team has done a great job of adding enough touches to bring gotham to life. Whenever Kate is on that damn motorcycle, it’s easy to just soak in the ambiance and focus on the transitional shots.

There are moments that truly seem devoid of warmth, which fits nicely with the ruined gotham narrative. While the flashback effect can be somewhat jarring, the difference in the memories and present day really help said narrative.

The action is fine, but i can see it becoming blase if she doesn’t incorporate her tools. The moment in the episode where she doesn’t really know any of the gadgets was a nice touch.

So what’s your opinion on the episode ? Did you love it or are you still not on board ?